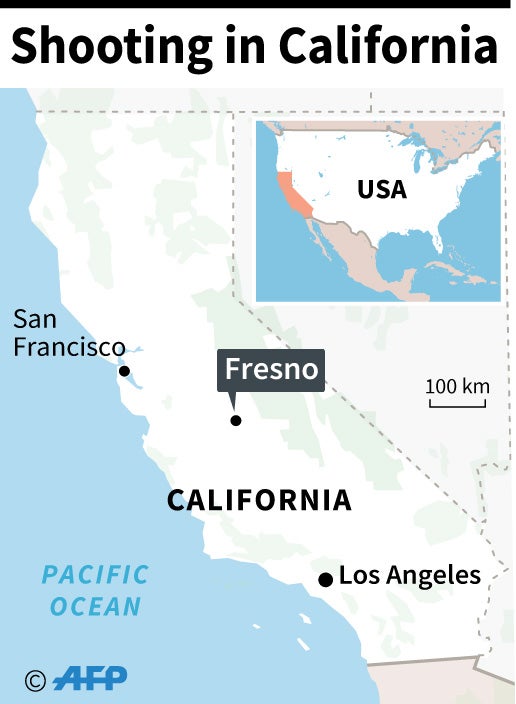 The attack took place Sunday evening in central California’s Fresno city at the home of members of the Hmong community, police said.

At least two suspects armed with semi-automatic pistols “walked into the backyard and began immediately firing into the crowd” of around 16 people, said Fresno police chief Andy Hall.

The gunmen fired randomly before fleeing on foot, he added.

Three victims were pronounced dead at the scene while a fourth died in a hospital. Six more were receiving treatment Monday but their injuries are not believed to be life-threatening.

All of the victims were adult males.

While no motive has been established, Hall said a number of incidents involving Asian gangs had taken place in the area in recent weeks, including one murder.

Some people at the party had been involved in a “disturbance” earlier in the week, he said.

“There is no indication that the residents, or anyone at the residence, were affiliated with a gang,” said Hall.

“However, whenever we have a major incident like this we always look towards criminal and gang activity.”

To avoid possible “retaliation” and prevent any outbreak of violence, the Fresno police would set up a task force specifically dedicated to Asian gangs, he added.