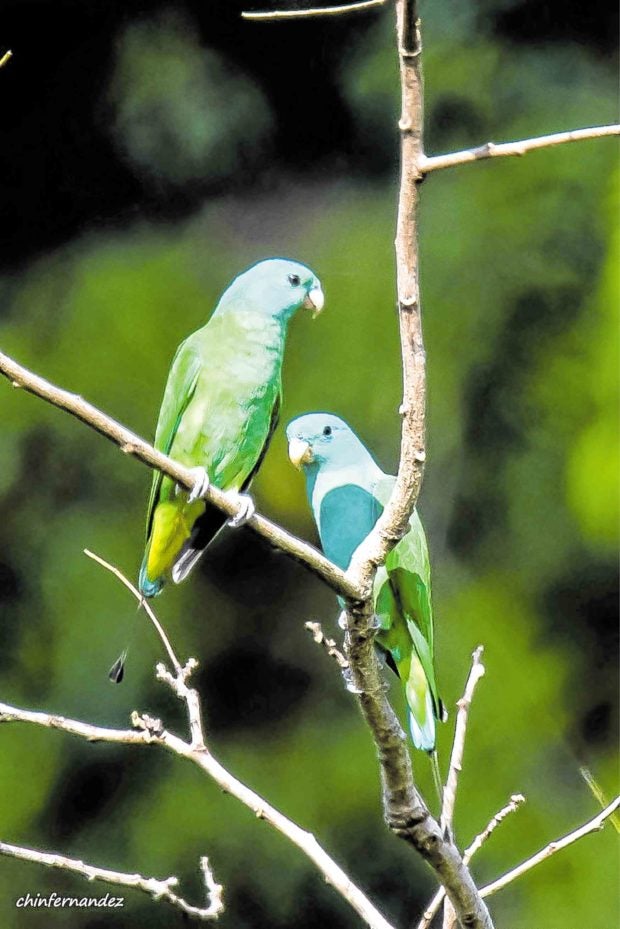 The kilit faces extinction with only about 10,000 birds left in Busuanga, an island off the northern tip of the Palawan mainland inhabited by around 70,000 people (Busuanga island is jurisdictionally divided into the municipalities of Coron and Busuanga).

The International Union for the Conservation of Nature has classified the kilit as a “vulnerable” species threatened by increasing human population, poaching and habitat loss.

The program, in partnership with Katala Foundation, the University of the Philippines Los Baños (UPLB) and other private organizations, aims to save the kilit by preserving the birds’ habitat.

“Note that I don’t use ‘biodiversity conservation,’ but ‘enhancement.’ Those are two different things,” Reyes, 62, said during his visit to the Philippines for the 2nd Kilit Festival held on Nov. 8.

The Kilit Festival is held yearly by students at Malbato Elementary School in Coron. Aside from vegetable growing, there are also a fun run, quiz bee, sports competitions and poster-making with prizes and goodies packed as “gifts” from the kilit.

The activity is funded by the US United Service Foundation.

“We need to enhance the mindset of the communities … and reintroduce these species back to the island,” Reyes said.

Farmers tend to drive away or shoot kilit, which feed on their crops like banana and rice.

In order for a community to appreciate the value of the bird, Reyes believes there has to be a change in the way of thinking, and that change has to start in schools.

The kilit program draws inspiration from another UPLB project in Mindoro province where schoolchildren are taught early about the tamaraw (Bubalus mindorensis), an endemic but critically endangered species.

Tamaraw conservation is incorporated in regular subjects like reading and math.

Under the program, students are trained to grow vegetables and endemic plants that the kilit feed on in the forest.

That way, Reyes said, the birds are drawn closer to homes and schools where they can thrive without threats from humans.

“Then, it’s the students who will lead their parents and families [into protecting the kilit],” Reyes said.

But “reformation” doesn’t happen overnight. For Reyes, it took years before his “180-degree turn.”

As a young boy, he remembered traveling with his family to Palawan with a shotgun or a slingshot to hunt and collect endemic birds.

He would bring home to Manila his prized collection of Philippine parrots and the blue-naped parrot, or “pikoy,” that several decades later would become “critically endangered” species.

Reyes’ desire to help protect Palawan’s parrots began when he returned in 2007 and saw “massive deforestation”—the result of the island’s rapid transformation into a tourist destination.

Coron is home to a rich marine ecosystem—the country’s last ecological frontier, they say —with its pristine beaches drawing local and foreign tourists.

“It’s a ‘circle of life.’ If you don’t take care of the terrestrial [ecosystem], all those beaches, its water quality will also be destroyed,” he said.

Regalo ng Kilit and the Southeast Asian Regional Center for Graduate Study and Research in Agriculture signed a memorandum on Oct. 14 for continuing research on the kilit, its life cycle, as well as farming techniques for the people.

They are also working together with the Asean Centre for Biodiversity in “strengthening linkages” not only in the Philippines but also in the rest of Southeast Asia.

Making the kilit the face of conservation will help generate income from tourism, Reyes said. But more important, he added, it will increase awareness of the need to conserve the bird among the people.