Two documentaries—one focusing on President Duterte and the other on former first lady Imelda Marcos—were submitted as entries in the Academy Awards, aiming to qualify in the Oscars’ official nominees for best documentary feature.

“On the President’s Orders,” which puts the spotlight on Mr. Duterte’s much criticized drug war, and “The Kingmaker,” the latest documentary on the widow of dictator Ferdinand Marcos, were among the 159 films worldwide submitted to and listed by the Academy of Motion Picture Arts and Sciences.

A list of 15 qualified films is scheduled to be released on Dec. 6. The official list of nominees will be announced on Jan. 13, 2020, weeks before the academy holds its 92nd awards ceremony.

To gain headway in the awards voting, the films must have premiered in Los Angeles City and New York City.

“On the President’s Orders,” directed by James Jones and Olivier Sarbil, had its US premiere on June 15 at Lincoln Center during the Human Rights Watch Film Festival.

The New York Times, in a review on Oct. 3, said in part, “The thesis of ‘On the President’s Orders’ isn’t terribly original, but in a needlessly roundabout way, it makes its case that these killings are not the work of isolated individuals, but the product of a top-down culture that stems from Duterte’s assent.”

The film had its Philippine premiere on Sept. 20. Human rights advocates who saw the documentary said it could be used against Mr. Duterte, while Malacañang said it “reek[ed] of malice.” 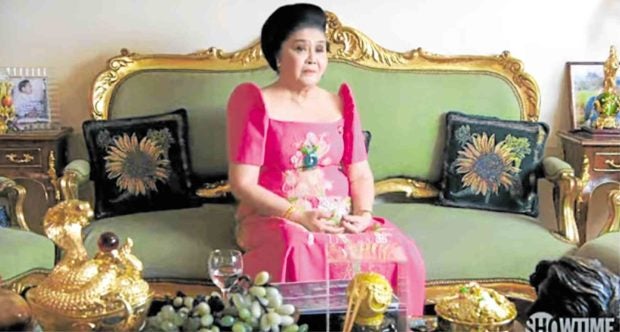 “The Kingmaker” is the latest documentary on Imelda Marcos, who earlier became the subject of Ramona Diaz’s documentary “Imelda” (2003) and Andrew Leavold’s “The Search for Weng Weng” (2007), a documentary on the diminutive Filipino actor that also featured her.

The latest documentary has drawn praise and shock following its premiere at the prestigious Venice International Film Festival in August.

Variety magazine called it a “jaw-dropping” documentary, while Screen International said it “would seem to be ideal subject matter for documentarian Lauren Greenfield, who targeted the elite’s sickening overabundance in ‘The Queen of Versailles’ and ‘Generation Wealth.’”

Greenfield sits down with Marcos as she recounts her exile in the United States and return to power and prominence via her son Bongbong Marcos’ vice-presidential bid in 2016.

Woven into the documentary are accounts of human rights violations and the Marcos family’s ill-gotten wealth.

Should both “The Kingmaker” and “On the President’s Orders” make it to the official nominees list, they will vie for best documentary feature at the 92nd Academy Awards on Feb. 9, 2020.