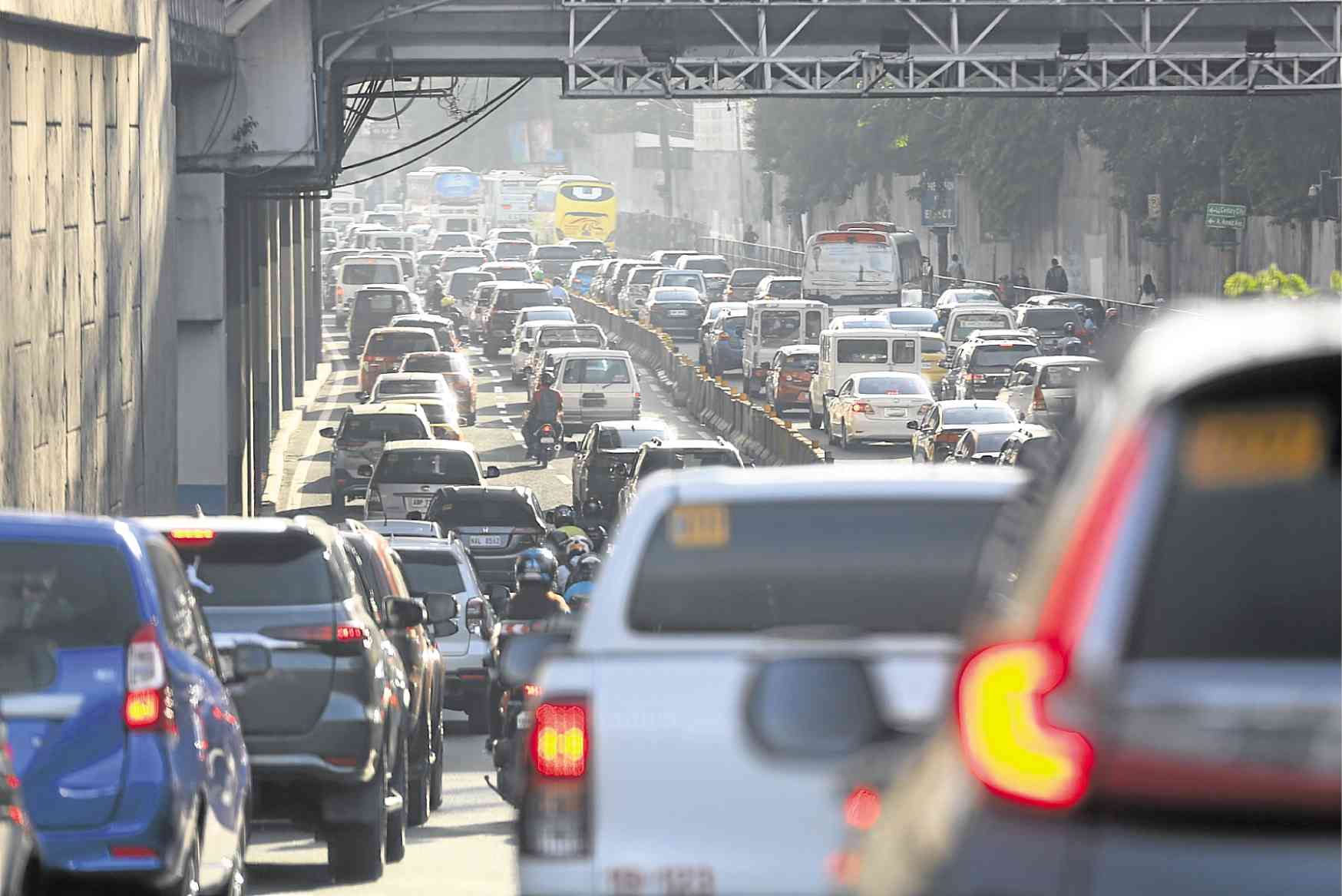 The Metro Manila Development Authority (MMDA) seeks to ban provincial buses on Edsa, the National Capital Region’s main thoroughfare passing through six cities. It was stopped by the court. The MMDA also once proposed to prohibit vehicles with only the driver on board to pass through Edsa but the traffic scheme’s effectiveness was questioned by lawmakers.

“Any potential solution presented should have a holistic perspective,” she said, adding that long-term measures are necessary.

“We have to consider all other factors involved. For instance, if we say that private cars should be banned so people will be forced to use PUVs, then we have to make sure that those options won’t be torture for them. You can’t solve one problem by creating more problems for others,” said the San Jose Del Monte, Bulacan congresswoman.

“As the capital region, it sets the bar for the rest of the country. All eyes are on NCR,” Robes said. “Of course, we should also look at the best practices of other highly urbanized locales in the country to try and alleviate Metro Manila’s traffic and road infrastructure issues.”

Home to some 13 million, Metro Manila has nearly one vehicle registered per person. The resulting gridlock costs the city $67 million daily in lost productivity, according to a 2017 Japanese government-funded study.

At peak hours, the main arteries of the metropolis are clogged with idling cars a 25 kilometer end to end drive through the main highway can take as long as three hours.

Navigation app Waze data released in September showed that Metro Manila was the worst place for driving in the world.

Read Next
AFP on House petition vs crackdown on Left: See what Reds are doing
EDITORS' PICK
Pharmally owes P6.3B in taxes, senators told
Rise to perfection: Spot on tiles for your stair risers
Guanzon for Marcos DQ, sees ‘delay, interference’
COVID-19 cases in NCR, nearby provinces now going down — OCTA
Step up your vlog game with vivo’s newest smartphone
NUSTAR Resort and Casino: Cebu’s next lifestyle and leisure gem
MOST READ
Leni mansplained? Abunda ‘interruptions’ stir own buzz
6 areas to be placed under Alert Level 3 from Jan. 28 to Feb. 15
Rita Avila dismayed by Boy Abunda’s interview with Leni Robredo: ‘Parang ayaw mo pasagutin’
Gordon tells Duterte: I did not steal from Subic funds
Don't miss out on the latest news and information.