Angara: Maybe some Duterte infra projects ‘not well thought out’ 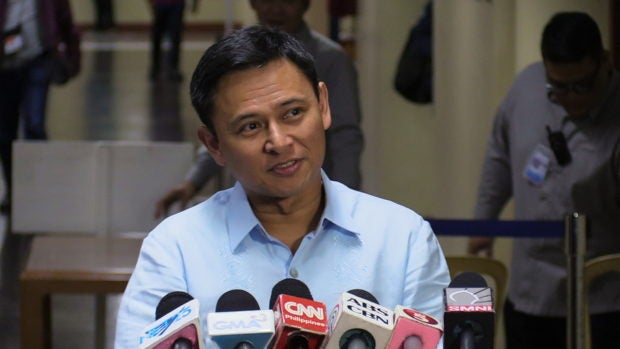 MANILA, Philippines — The Duterte administration’s ambitious “Build, Build, Build” infrastructure program is not a failure, according to Senator Sonny Angara.

But, he added, some of the original 75 flagship projects may have not been “well thought out.”

(If I were to be asked whether the ‘Build, Build, Build’ program is a failure, definitely not, because considering that the government is spending a lot on the country’s infrastructure, for me that’s not a failure).

(Maybe the flagship projects that were originally 75, maybe they were not well thought out and were not chosen carefully that’s why the 75, I think 28 were scrapped and replaced with projects that are more doable and fundable).

During the Senate deliberation on the proposed P4.1-trillion national budget for 2020, it was disclosed that the list of projects under the “Build, Build, Build” program was revised.

The initial list laid out at the beginning of the administration consisted of 75 projects. The revised list now contains 100 projects.

Angara, chair of the Senate finance committee, said that some of the projects that were scrapped were a bit “ambitious” and were replaced by “more realistic projects.”

(I think the Mindanao to Visayas bridge project was abandoned because it’s too expensive. I think the study on the project already took a year).

(So the bigger projects, the long bridges, it was removed from the list and were replaced by almost completed and realistic projects).

Angara also pointed out that there could be various reasons for the delay in the projects.

The senator explained that initial proposals for projects either by the government agency or a foreign-funding source or a local proponent would have to go through a feasibility study and evaluation by the different bodies within the National Economic and Development Authority (NEDA).

(Usually, the problem is the right-of-way. Sometimes there are processes within the agency that should be faster and that’s one thing that Congress should look into, how to expedite the processes).

But he added the responsibility to ensure there are no delays in their respective projects falls on each government agency that would implement them.

Angara nevertheless expressed optimism that the “reconfiguration” of the list of projects under the “Build, Build, Build” program would either start construction or be completed before the end of the current administration.

“Many of these projects will not be completed in 2022, but what is important is that work on these will start already and will be continued by the next administration,” Angara said.

(What’s important is that no money is being wasted. That it’s being used for the welfare of the Filipino public).

The senator said NEDA and the Bases Conversion Development Authority (BCDA) will be called back on Monday at the resumption of the Senate’s plenary deliberations on the proposed 2020 national budget to answer questions regarding the status of the projects.

He also said he expects interpellations on the national budget proposal to be completed next week.

(Hopefully, the debate will be finished by Wednesday or Thursday and then the following week will be the period of amendments and then the second and third reading).