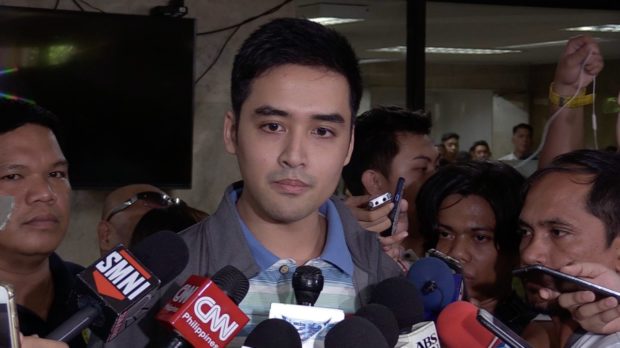 MANILA, Philippines — Pasig City Mayor Vico Sotto has appealed to the management of Regent Foods Corporation to withdraw the charges against 23 of its workers, who were arrested after violence erupted at their picket line in front of the firm’s main plant on November 9.

“These people are not criminals; they do not have the goal of hurting you. They are fighting for what they believe to be just. You can continue with the labor dispute without sending the poor and powerless to jail!” he said in a Facebook post on Sunday.

READ: 23 strikers arrested after dispersal at food plant in Pasig

Sotto said he told owners and management of the company that if they do not drop the charges against the “Regent 23” by the end of the week, he “would speak out in public.”

“From the start, I have made it clear to both sides: as the Local Government, we cannot interfere with the labor issues at hand, as this is under the jurisdiction of the Dep(artment) of Labor & Employment,” he said.

“HOWEVER, when my constituents are being deprived of liberty as they fight for their rights as workers, I cannot sit around and do nothing,” he added.

The Pasig City mayor said he listened to both parties.

“I asked Regent to withdraw the charges against the 23. Mr. Irwin See and Ms. Susan See separately asked me to give them some time to ask their board,” he said.

“Technically, the complaints were filed by the private security, but the management (has) admitted that they are behind the complaints. They repeatedly told me, ‘pag-uusapan pa namin sa board’ and ‘we will let you know ‘pag nag-desisyon na ang board’,” he added.

However, Sotto said that after he repeatedly followed up on the case, the firm’s lawyers informed him that “they would NOT withdraw the charges.”

“Instead, they will ‘just trust the judicial process’—which is of course easy to say as multimillionaires who will eat 3x a day no matter what happens here; while the people they have sued have recently lost their main source of income and are now even torn away from their families,” he said.

Sotto then vowed to help free the 23 workers.

“I will do everything within my power to help these 23 regain/maintain their liberty,” he said.

Twelve of the 23 workers have already posted bail, including a tricycle driver, “for whom around a dozen of us pooled in money to raise the amount needed,” he added.

Sotto said he talked to the 11 still detained and assured them that he would “personally make sure that they are out on bail by Monday.”

The mayor then slammed the corporation over what he called was the “misuse of your privileged position to suppress the rights of your protesting workers.”

“If you want to have a healthy relationship with our city, I highly suggest you rethink your position,” he added. 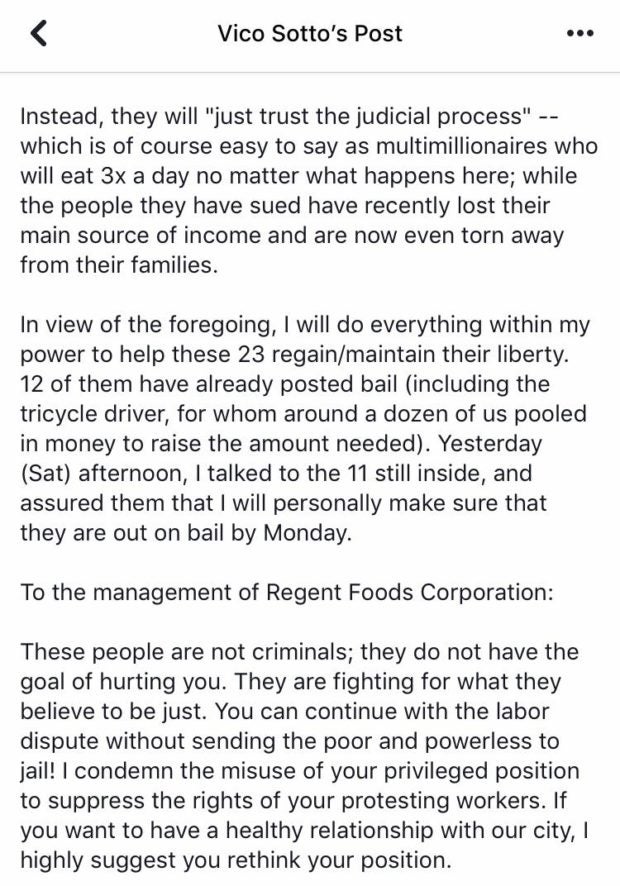 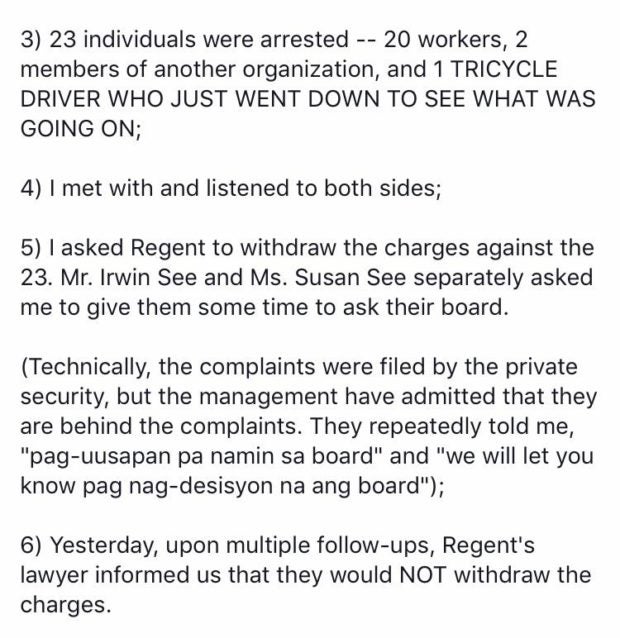 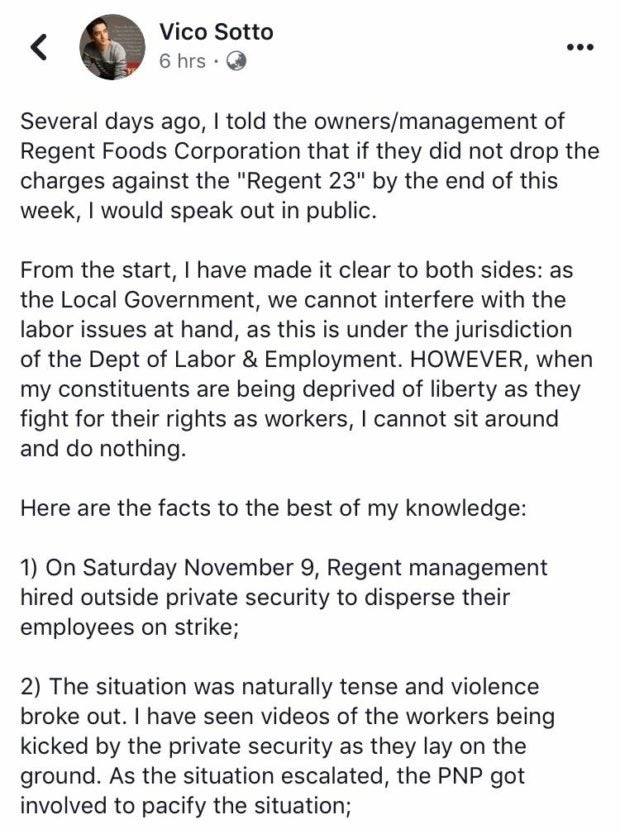