‘Ramon’ may weaken into tropical depression once it makes landfall — Pagasa 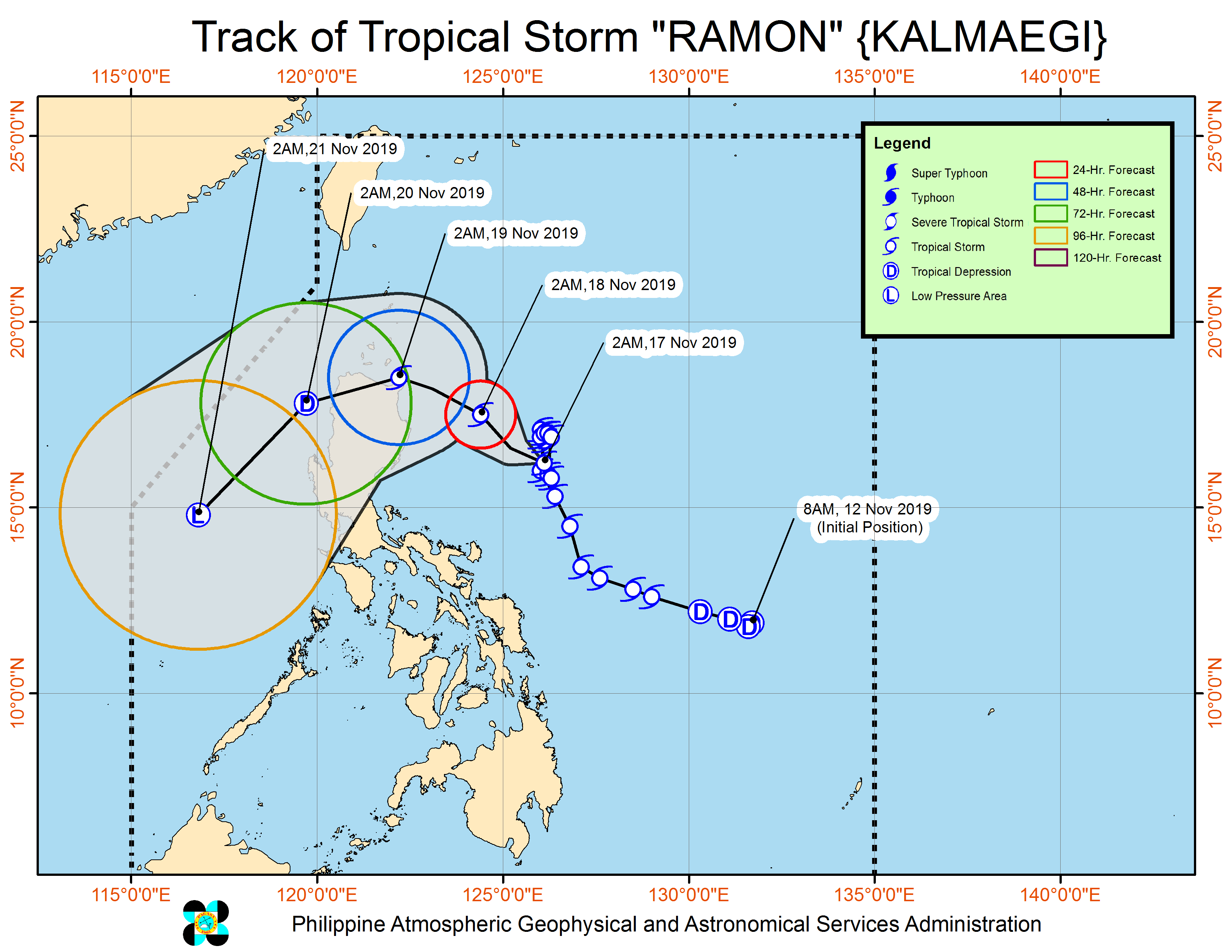 MANILA, Philippines — Tropical Storm Ramon may weaken into a tropical depression once it makes landfall in the northeastern portion of Cagayan between Monday night and early Tuesday, the state weather bureau said.

It was packing maximum sustained winds of 65 kilometers per hour (kph) and gustiness of up to 80 kph.

It is moving in the north northwest direction at 10 kph, weather specialist Benison Estareja added.

He said Ramon is expected to exit the Philippine area of responsibility on Thursday morning (Nov. 21) as a low pressure area (LPA).

Tropical Cyclone Wind Signal No. 1 has been raised over Cagayan, Isabela, and Aurora (Dilasag, Casiguran, and Dinalungan).

Light to moderate with intermittent heavy rains is expected to prevail over the eastern portions of Cagayan and Isabela.

The first one is Typhoon Fengsheng which was spotted around 3000 km away from extreme Northern Luzon.

(Its direction is moving away from the country and towards the North Pacific Ocean and will eventually weaken in the next two days).

An LPA 2,420 km east of Visayas is also being monitored by the state weather bureau

He said that the LPA may turn into a tropical storm or tropical depression once it moves towards southern Luzon.

Estareja also addressed a post circulating online that the said LPA is expected to intensify into a super typhoon.

(It’s not true. It’s considered as fake news and it did not come from Pagasa).