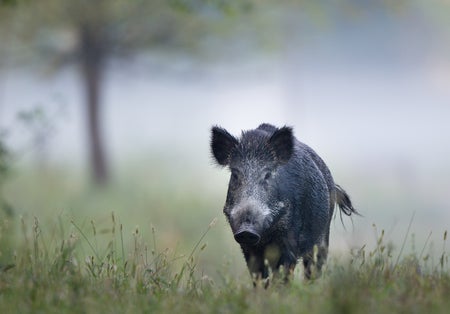 A gang of drug dealers in Tuscany, Italy, lost a valuable stash of cocaine reportedly worth almost $22,000 after a herd of wild boars “snorted” the white powder they carefully buried in the forest.

The snuffling pigs dug up the cocaine with their snouts and ripped open the waterproof packages protecting the contraband stuffed in jars, as per The Telegraph on Nov. 12.

Authorities found out about the wasted illegal merchandise through a wiretapped phone call one of the drug dealers made to another, in which he “furiously” reported the wild boar situation.

The gang of drug dealers, comprised of one Italian and three Albanians, were eventually caught by the police and are facing drug trafficking charges. Two were jailed while the other two were placed under house arrest, as per report.

Authorities have been following the gang of suspected drug dealers, who have reportedly been selling around 2 kilograms of cocaine every month, for $100 per gram, to club-goers in the city of Arezzo.

What became of the cocaine-snorting hogs and how much white powder they ingested, however, are still unknown. The cocaine was stashed in the forest of Valdichiana Valley near Arezzo. Ian Biong/JB