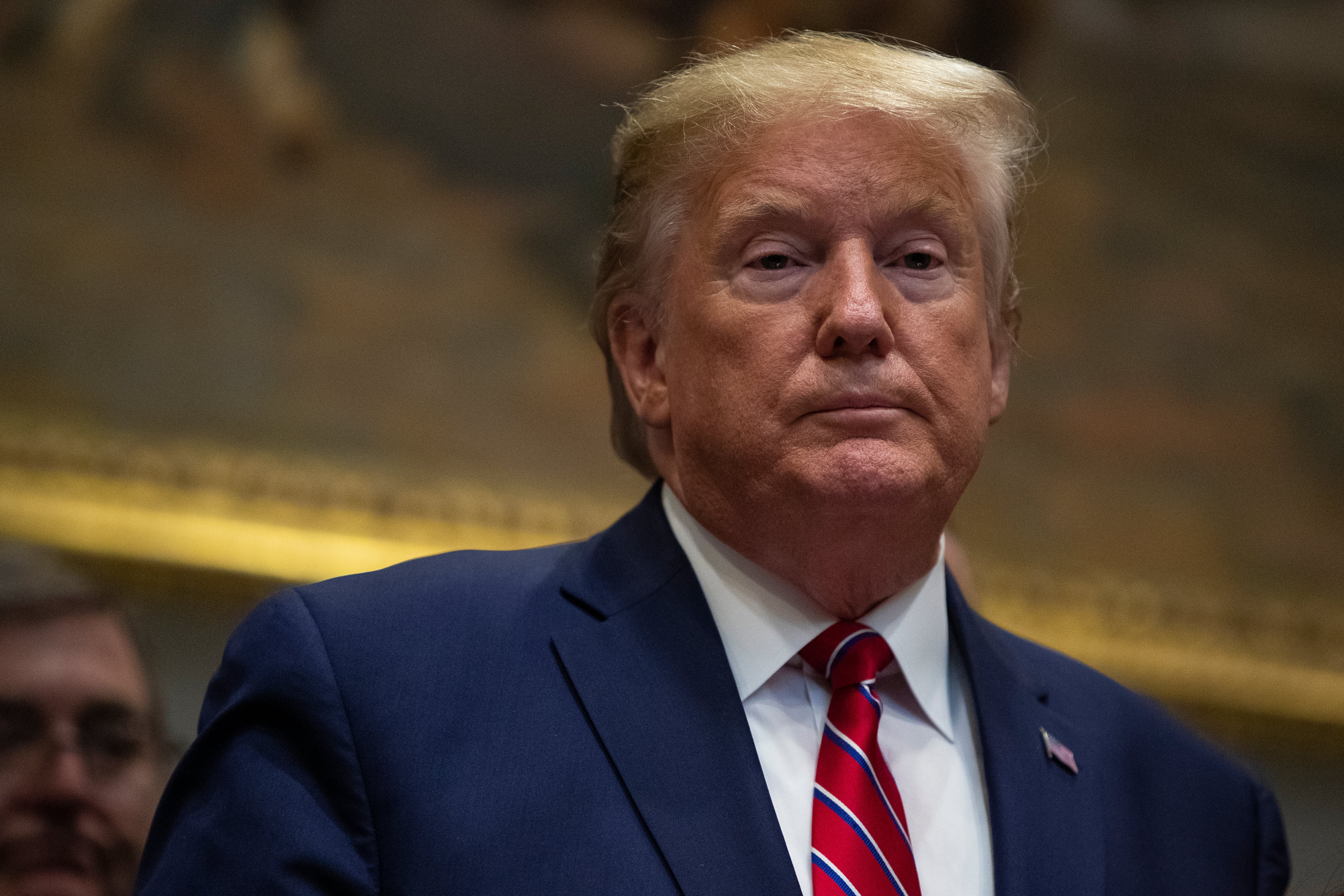 President Donald Trump pauses during an event on healthcare prices in the Roosevelt Room of the White House, Friday, Nov. 15, 2019, in Washington. (AP Photo/ Evan Vucci)

BETHESDA, Md. — President Donald Trump spent more than two hours at Walter Reed National Medical Center on Saturday for what the White House said were medical tests as part of his annual physical.

The appointment wasn’t on Trump’s weekend public schedule, and his last physical was in February. Press secretary Stephanie Grisham said the 73-year-old president was “anticipating a very busy 2020” and wanted to take advantage of “a free weekend” in Washington to begin portions of his routine checkup.

She did not specify which tests he’d received or explain why the visit had not been disclosed in advance. Trump’s 2018 and 2019 physicals were both announced ahead of time and appeared on his public schedule.

Grisham said after the visit that the president had had “a quick exam and labs” and assured he remains in good health.

“The President remains healthy and energetic without complaints, as demonstrated by his repeated vigorous rally performances in front of thousands of Americans several times a week,” she said.

Trump also spent time at the hospital meeting with the family of a special forces soldier injured in Afghanistan. And he visited with medical staff “to share his thanks for all the outstanding care they provide to our Wounded Warriors, and wish them an early happy Thanksgiving,” Grisham said.

It was the president’s ninth visit to the hospital since taking office.

Walter Reed spokeswoman Sandy Dean said the hospital does not comment on patients who receive care at the facility and referred questions to the White House.

Trump’s last checkup in February, 2019 showed he had gained weight in office. At 243 pounds and 6 feet, 3 inches tall, he passed the official threshold for being considered obese, with a Body Mass Index of 30.4.

That checkup, which was supervised by Dr. Sean P. Conley, his physician, took more than four hours and involved a panel of 11 specialists.

“I am happy to announce the President of the United States is in very good health and I anticipate he will remain so for the duration of his Presidency, and beyond,” Conley wrote afterward.

A Body Mass Index rating of 30 is the level at which doctors consider someone obese under the commonly used formula. About 40 percent of Americans are obese, raising the risk for heart disease, diabetes, stroke and some forms of cancer.

Trump doesn’t drink alcohol or smoke, but is known to enjoy fast food, steaks and desserts. His primary form of exercise is golf.

Saturday’s test came as House investigators on Capitol Hill were interviewing a White House budget official as part of the impeachment inquiry. Trump has insisted he did nothing wrong.