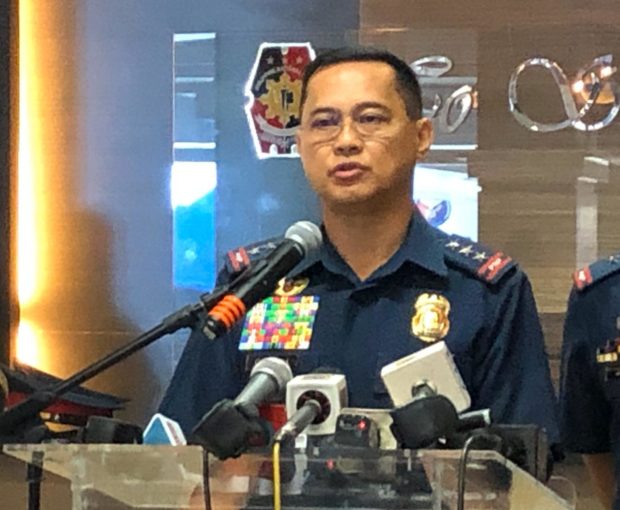 MANILA, Philippines — Philippine National Police (PNP) officer-in-charge Lt. Gen. Archie Gamboa has ordered an intensified crackdown against the use of sirens, blinkers, and unathorized motorcycle escorts ahead of the Southeast Asian Games and the Christmas season when heavy traffic is expected.

Gamboa said he directed all unit commanders of the PNP to ensure strict enforcement on the provisions of Letter of Instructions 34/10 or the Action Plan Against Wang-wang and Counter Flow and the PNP Memorandum Circular No. 2017-049 or the Policy of the PNP Mobile and Motorcycle Security Coverage.

“We are imposing existing measures against the indiscriminate use of prohibited sirens, bells, horns, whistles, or similar gadgets that produce staggering sounds and as well as motorcycle security escorts when traversing highways and major thoroughfares for personal advantage and easy passage,” he said in a statement on Friday.

In his directive, Gamboa said only patrol vehicles and motorcycles, vehicles of the Scene of the Crime Operation and Special Weapons and Tactics Team, rescue vehicles, and ambulances of the PNP are allowed to use sirens, blinkers, and similar devices.

He said exemptions will also be granted to fire trucks, ambulances, and other rescue and emergency vehicles.

He stressed that PNP motorcycles and mobile cars should only be used for police patrol purposes, and not for weddings, birthdays, and funerals.

Under the PNP Memorandum Circular No. 2017-049, PNP mobile and motorcycle security will be provided only to the President, Vice President, Senate President, Speaker of the House of Representatives, Chief Justice of the Supreme Court, other authorized government officials, and foreign delegates during national events.

Gamboa said he tapped all unit commanders to deploy police and traffic personnel to provide immediate assistance for emergency vehicles such as ambulances and fire trucks caught in traffic along Edsa and other busy streets in the country.