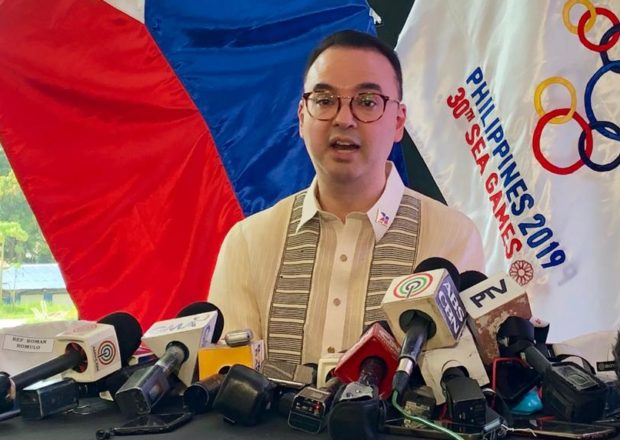 MANILA, Philippines — House Speaker Alan Peter Cayetano is not inclined to support a lawmaker’s proposal to grant special powers to President Rodrigo Duterte to hasten the success of the government’s infrastructure programs.

The Taguig-Pateros representative said the special powers should have been given during the first few months of Duterte’s term as this would no longer serve its purpose now that the Chief Executive only has less than three years left.

“… the President already said ayaw na niya ng emergency o special powers. I mean, hindi ibinigay nung time na dapat binigay so you know, it will have some advantage pero kumbaga, it will not attain its objective anymore,” Cayetano said in an interview in Tagaytay City on Thursday.

(… the President already said he no longer wants emergency or special powers. I mean, it was not given during the time that it should have been given, so you know, it will have some advantage but it will not attain its objective anymore.)

“Ayaw na ni Presidente eh (The President no longer wants the power), so he made that clear to us. So, you know, why give it to the Executive when the Executive says itself, they’d rather focus on the project,” he added.

Instead, Cayetano said he would ask congressmen to focus on long-term solutions to Metro Manila’s monstrous traffic jams like developing areas outside the capital region.

On Wednesday, Salceda filed House Bill No. 5456 which seeks to give Duterte special powers to “utilize all necessary government resources, exercise police power, and employ executive actions and measures to ensure the effective implementation” of the 75 flagship projects under the “Build, build, build” program.

Salceda, a pro-administration lawmaker, filed his bill after Senate Minority Leader Franklin Drilon dismissed the Duterte administration’s ambitious multi-trillion infrastructure program as a “dismal failure” since only nine out of the 75 flagship projects have been under construction more than three years after Duterte assumed office in 2016.

Bills granting emergency powers to Duterte have been filed in the previous 17th Congress but they failed to prosper in the Senate amid questions on its effectivity to address the Metro Manila’s traffic gridlock.

Read Next
Haribon: Water comes from forests, not from dams
EDITORS' PICK
New strategies urged to improve public transport
Chaos as thousands return to work in Metro Manila
Cherry Mobile teams up with Cloud Panda PH, launches online store
Leveling up your ‘lutong bahay’ with the kitchen companion you never knew you needed
Senate OKs on 3rd reading bill allowing school opening after August
Someone from the Philippines can become $356 Million richer this Tuesday
MOST READ
‘If I had not been SolGen, I will make you eat your words,’ Calida tells Coco Martin
51 percent of German firms holding back investments in PH, but not because of COVID-19
Chaos as thousands return to work in Metro Manila
Duterte certifies as urgent anti-terror bill
Don't miss out on the latest news and information.

ABS-CBN: PDRs do not result in foreign ownership