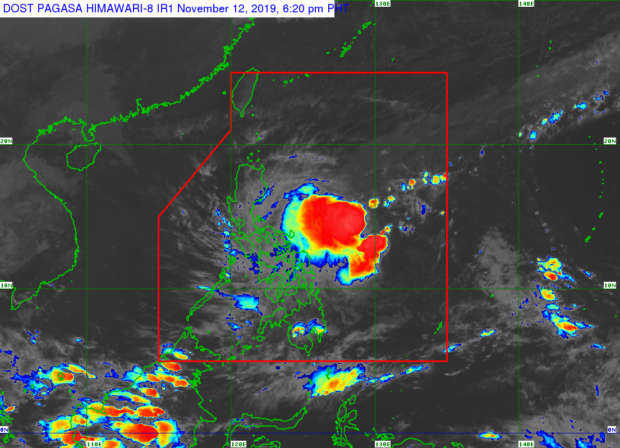 The Philippine Atmospheric, Geophysical and Astronomical Services Administration (Pagasa) said the weather disturbance may intensify into a tropical storm in the next 48 hours.

According to the state weather bureau, Ramon was spotted 670 kilometers east of Borongan City in Eastern Samar around 4 p.m. and packing maximum sustained winds of 55 kilometers per hour (km/h) and gustiness of 70 km/h.