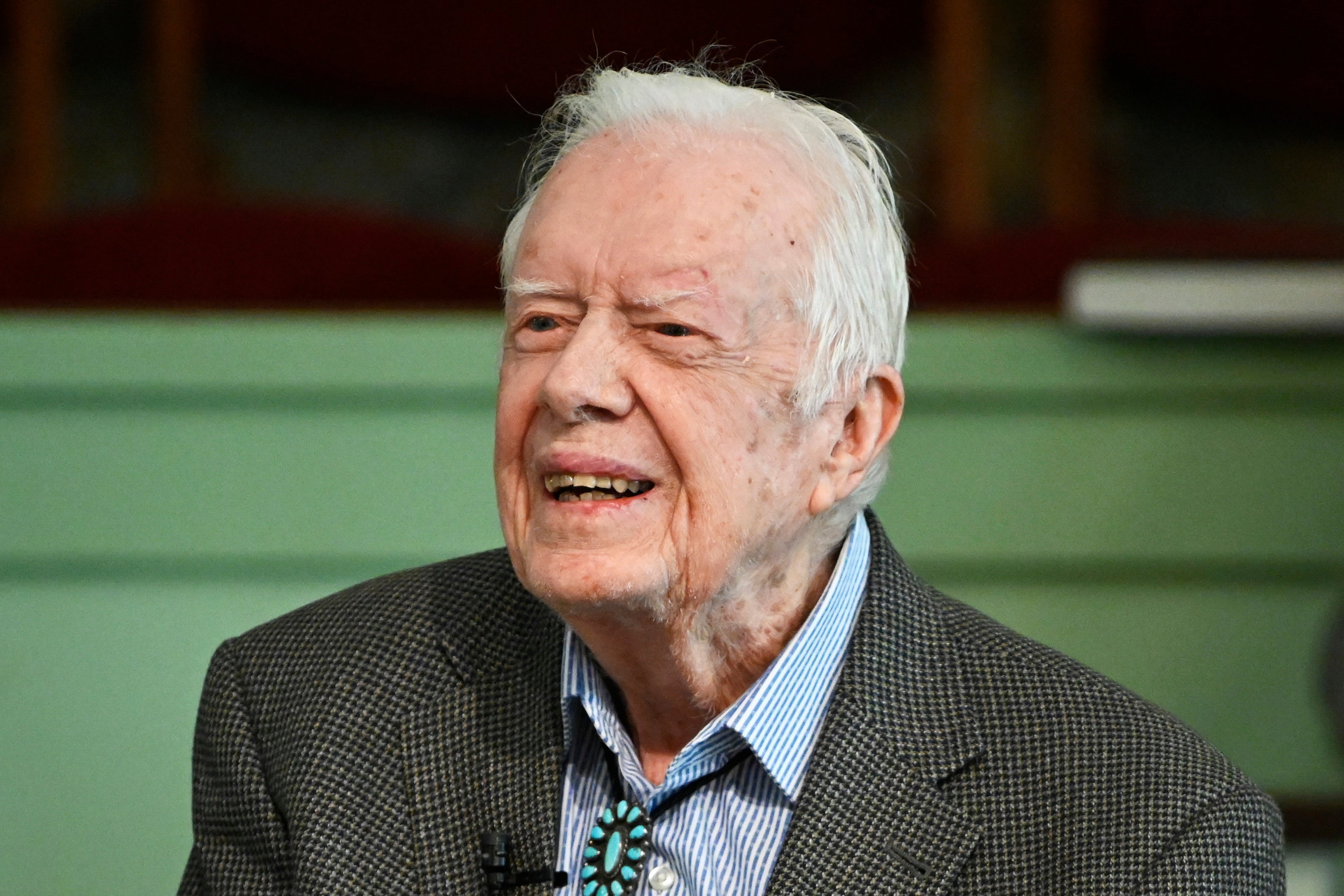 In this Sunday, Nov. 3, 2019, photo, former President Jimmy Carter teaches Sunday school at Maranatha Baptist Church in Plains, Ga. Carter has been admitted to Emory University Hospital for a procedure to relieve pressure on his brain, caused by bleeding due to his recent falls. A spokeswoman says the procedure is scheduled for Tuesday morning, Nov. 12. (AP Photo/John Amis)

ATLANTA  — Former U.S. President Jimmy Carter was admitted to a hospital on Monday evening for a procedure to relieve pressure on his brain, caused by bleeding due to his recent falls, his spokeswoman said.

The procedure is scheduled for Tuesday morning at Emory University Hospital, Deanna Congileo said in a statement.

Carter has fallen at least three times this year, and the first incident in the spring required hip replacement surgery. He traveled to Nashville, Tennessee, and helped build a Habitat for Humanity home after getting 14 stiches following a fall on Oct. 6. And he was briefly hospitalized after fracturing his pelvis on Oct. 21. He received a dire cancer diagnosis in 2015 but survived and has since said he is cancer-free.

Nearly four decades after he left office and despite a body that’s failing after 95 years, the nation’s oldest-ever ex-president still teaches Sunday school roughly twice a month at Maranatha Baptist Church in his tiny hometown of Plains in southwest Georgia. His message is unfailingly about Jesus, not himself.

Rev. Tony Lowden, Carter’s pastor, said the ex-president was hospitalized Monday on what he called “a rough day.”

“We just need the whole country to be in prayer for him,” Lowden said in a telephone interview.

Carter is resting comfortably, and his wife, Rosalynn, is with him, Congileo said.  /muf