Bayan Muna: Judges who issued warrants for raids must be held liable 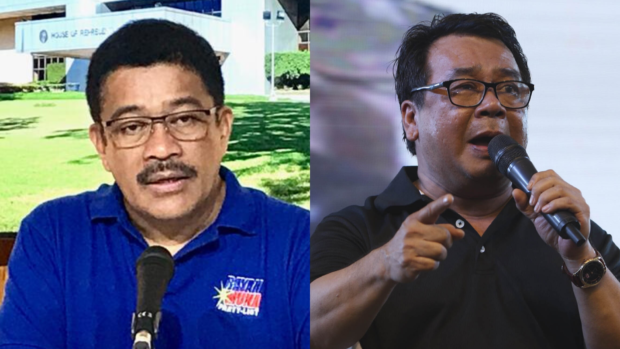 MANILA, Philippines — Leaders of party-list group Bayan Muna on Tuesday said they are deliberating on the possible filing of administrative complaints against the regional trial court judges who issued the search warrants that allowed the raids on various progressive groups’ offices in Metro Manila and Negros Occidental.

“We are also mulling filing charges on such judges.  Lawyers will meet next week with Negros victims and this is one of the agenda,” Colmenares said in a statement.

Villavert was identified as the judge who issued the order authorizing elements of the Philippine National Police (PNP) and Armed Forces of the Philippines (AFP) to raid the offices of Bayan Muna, Gabriela, and the National Federation of Sugar Workers (NFSW) in Bacolod, Negros Occidental on October 31.

At least 57 persons including 10 minors were arrested for allegedly taking part in firearms and explosive training.

Sinas dismissed the insinuations, saying that it was just a courtesy call to ask Villavert and other judges if they need any additional security.  But Zarate said it should be enough for the Supreme Court to look into the issue.

“The visit of NCRPO Gen. Debold Sinas on Judge Villavert on the very day she issued the warrant for ‘dialogue’ should immediately at least lead the Supreme Court to ask the question why the judge allowed such a meeting and what was the topic in the dialogue,” Zarate said.

“The rules require judges to have the independence of making searching questions of the police and military asking for search warrants and not just follow the orders of the police to issue the warrants,” he pointed out.

“If a judge issues a search warrant on the mere bare allegations of the PNP there must be accountability here because these searches and arrests violate rights.  Look at the resulting sufferings to the victims. The police and the military reported arresting 14 minors saying they are NPA child warriors. After a week of detaining these minors, the inquest prosecutor dismissed these charges for being destitute of merits and released all the minors,” Colmenares added.

Recently, various progressive organizations opened their offices to barangay officials and the Commission on Human Rights (CHR) to quell speculations that their offices are hideouts for rebels or storage for arms and explosives.

CHR said it understands the government’s mandate to protect its citizens from lawless violence, but cautioned against conducting operations meant to silence the administration’s vocal critics.