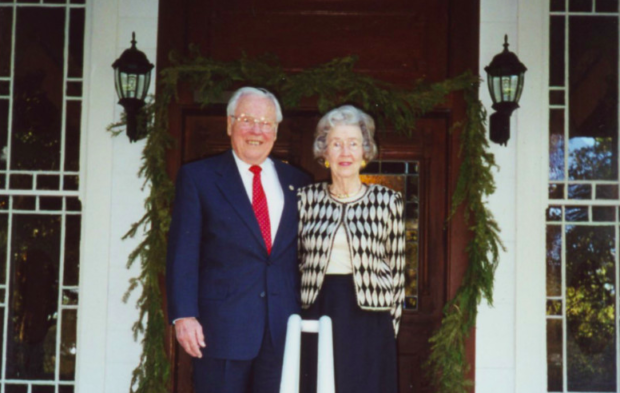 An elderly couple from Austin, Texas, United States have set the new Guinness world record for being the oldest married couple, per aggregate age.

John and Charlotte Henderson are 106 and 105 years old respectively, having a combined age of 211 years old.

The two met in one class at the University of Texas (UT) in 1934. Charlotte was studying to become a teacher, while John was a guard for the school’s football team, as per CBS-affiliate KHOU last Thursday, Nov. 7.

They tied the knot on Dec. 15, 1939 during the Great Depression in the U.S., and spent only $7 (about P356) on a hotel room for their honeymoon. John and Charlotte will be celebrating 80 years of marriage next month, the report stated.

Aside from his shared award with his wife, John is also the oldest living former UT football player. He has attended at least one of the university’s football games each year for the past 84 years.

The two continue to maintain good health 10 years after moving into Longhorn Village, a retirement home for former UT staff and alumni.

John, as per report, also credits their long marriage and good well-being to living life in moderation and being cordial to one’s spouse. Ryan Arcadio/JB