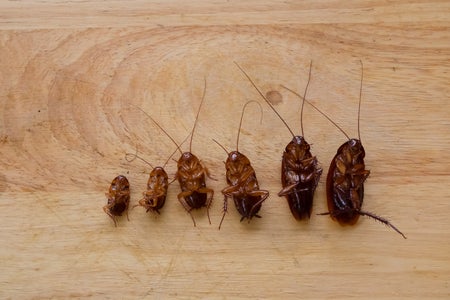 A family of cockroaches was found crawling inside a man’s right ear after he complained of a “sharp pain” in it while sleeping.

The man, identified as Mr. Lv, sought help at the Sanhe Hospital in Huiyang, China, after his family members found a large cockroach inside his ear, as per Mirror last Wednesday, Nov. 6.

The family found the insect by shining a torch into the 24-year-old’s ear canal to find the reason behind his pain. However, ear, nose and throat (ENT) specialist Zhong Yijin revealed that in addition to the one already found, he saw more than 10 cockroach babies inside the man’s ear.

“They were already running around,” he was quoted as saying.

Dr. Yijin removed the baby insects, including their larger mother, from Mr. Lv’s ear using a pair of tweezers. As per report, the newly-hatched insects were of the German cockroach species Blattella germanica.

Following the procedure, Mr. Lv sustained minor injuries to his right ear canal. He was discharged on the same day and prescribed with ointment for his ear.

Others who attended to the patient told local media outlets that he had attracted the insects due to his habit of leaving unfinished food packets near his bed. They advise that household hygiene, such as disinfecting drains and sewers, can help prevent the spread of cockroaches.

As cited in the report, mosquito nets and screens on windows can stop insects from “flying or crawling into your noses and ears.” Ryan Arcadio/JB