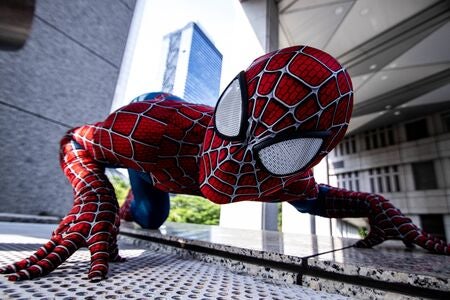 The “Ame-zing Spider-Man,” who had been doing unfriendly things in a neighborhood in Tokyo, was finally captured by the police for theft, according to Livedoor News last Nov. 2.

The Tokyo Metropolitan Police arrested Hiroki Horiguchi, 26 years old and also known for the alias given to him by authorities, “Ame-zing Spider-Man.” A report by Sora News 24 yesterday, Nov. 9, stated that “Spider-Man” broke into a rooftop office in the city of Shinjuku and stole ¥66,000 (around P30,500) last April.

The odd spelling of the thief’s alias is attributed to the man’s modus operandi, as per said report. It is a wordplay on the Japanese word “ame” which means “rain,” because the man conducts his theft on stormy nights. Targets have been rooftop offices or the higher floors of skyscrapers.

Before he was caught, as per Livedoor, the police had been investigating over 10 similar burglary cases. Cha Lino/JB