People affected by flooding in Cagayan now over 63,000 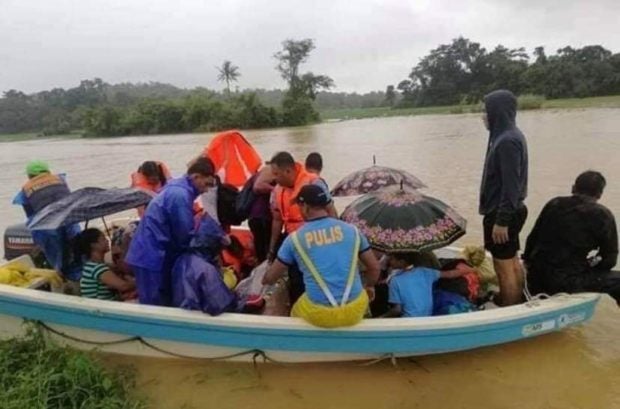 TUGUEGARAO CITY, Cagayan, Philippines – The number of people affected by floods and landslides that struck Cagayan this week has ballooned to 63,287 people, or 10,887 families, as of Saturday, Nov. 9, according to the Provincial Disaster Risk-Reduction Management Office.

Another fatality, Cesar Ballad, whose body was found early Saturday morning, was a resident Barangay Parabba in Peñablanca town.

In Barangay Daan-Ili in Abulug town, 16 houses were swept by a flash flood on Saturday morning. Rescuers brought the affected families to evacuation centers.

As many as 39,267 people, or 9,007 families, have been staying at 84 evacuation centers, while other distressed families opted to stay on higher ground or just remained in their houses.

Maconacon Mayor Lycelle Vicente advised villagers proceeding to or exiting the coastal towns of Maconacon and Divilacan that the access road was no longer passable due to the landslides in Barangay Salandraan and the overflowing rivers in Barangays Sapinit and Dicatian.

“Please stop posting and sharing misinformed articles,” he said. “This just adds to the anxiety and instills fear in people of Northern Cagayan who have been experiencing flooding these past few days.”