Palace: Give Robredo space, let her do her job as anti-drug czar 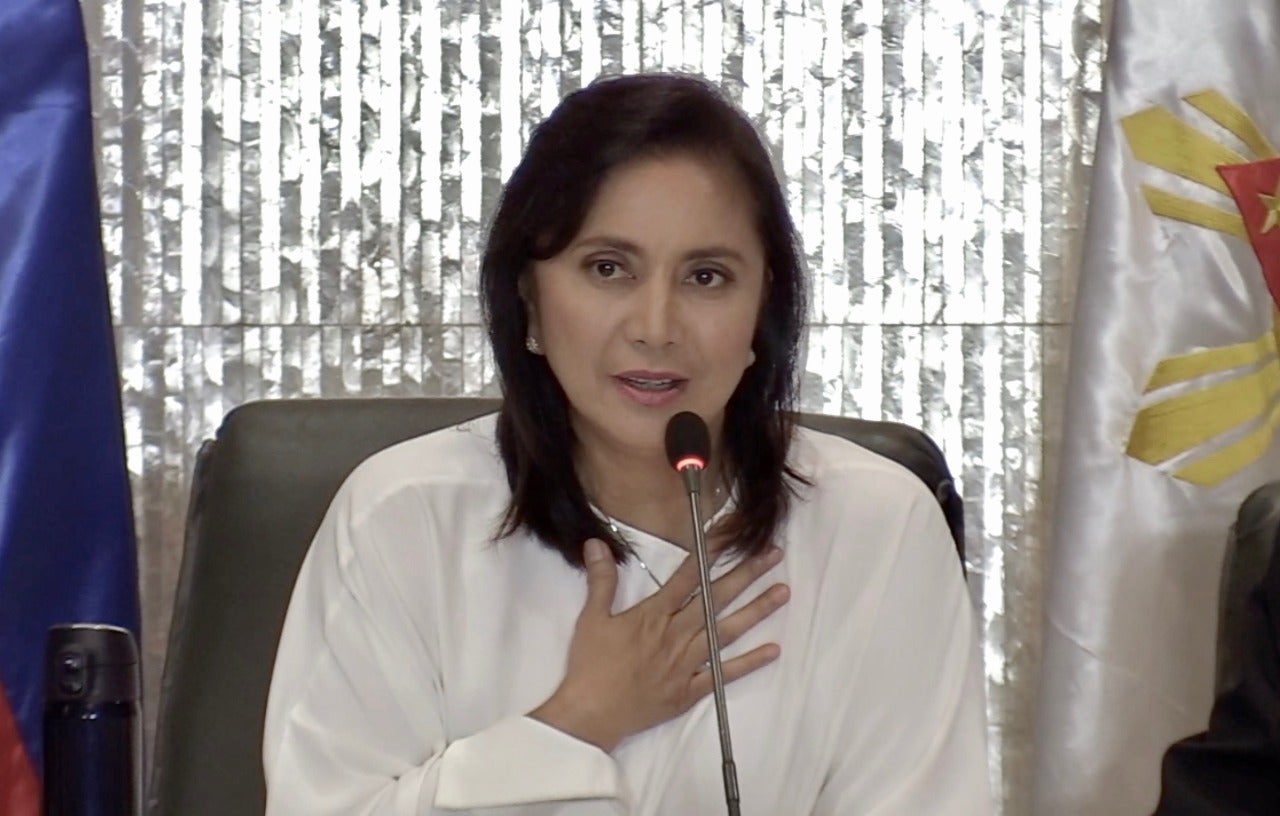 Vice President Leni Robredo speaks during her first meeting with members of the Inter-Agency Committee on Anti-Illegal Drugs on Friday,  at the Office of the Vice President in Quezon City. (INQUIRER.net/Noy Morcoso)

MANILA, Philippines — Give Vice President Leni Robredo space, and allow her to perform her assigned task as co-chair of the Philippines’ anti-illegal drugs body, Malacañang said on Saturday.

“We call on everybody to give VP Leni space, allow her to perform her assigned task and not to create roadblocks and imagined conflicts, pitting her against her fellow workers of government by way of intrigues, as well as wild and off-tangent speculations engineered by the usual suspects,” presidential spokesperson Salvador Panelo said in a statement.

Robredo on Wednesday accepted President Rodrigo Duterte’s offer for her to play a lead role in his deadly crackdown against drugs, even though she’s been critical of the campaign and has been warned it could be a political ploy to destroy her.

A former human rights lawyer, Robredo said that by agreeing to the unusual offer, she may be able to save lives under the campaign, which has left thousands of mostly petty drug suspects dead in purported gunbattles with police, alarming Western governments and rights groups.

Piqued by Robredo’s constant criticism of his drug campaign, Duterte made the offer to appoint her as one of two heads of the Inter-Agency Committee on Anti-Illegal Drugs that includes the police and the military and is tasked with overseeing and coordinating the government’s efforts to combat illegal drugs.

During her first meeting as ICAD co-chair,  Robredo suggested creating a new anti-drug campaign and scrap “Oplan Tokhang,” a campaign that has been associated with extrajudicial killings.

“Because of the many senseless killings that accompanied Operation Tokhang, it seems like it has reached a certain level of notoriety that when you say ‘Tokhang’ it is a war against the poor,” Robredo said.

Panelo said that Robredo “must be given a wide latitude in outlining her own anti-illegal drug scheme and pursue, without interference from other quarter backers, her own agenda which she envisions to be effective in addressing the drug menace.”

The presidential spokesperson added that Malacañang was pleased that Robredo was open to their suggestion to oversee any operations of the Philippine Drug Enforcement Agency (PDEA).

It was also during the ICAD meeting that PDEA Director General Aaron Aquino challenged Robredo to join anti-drug operations, to which Robredo agreed.

The Palace also added that it took note of Robredo’s meeting, saying that it is a step “demonstrative of her willingness to suspend all her negative notions about the drug war, mostly based on false if not exaggerated information and media hype.”

More than 6,300 mostly petty drug suspects have been killed after allegedly resisting arrests and about 1.3 million others have surrendered, officials said. But human rights groups have cited a higher death toll and accused some policemen of killing unarmed suspects based on flimsy evidence and altering crime scenes to make it look like the suspects violently fought back.

At least two complaints for mass murder have been filed before the International Criminal Court over the large-scale deaths, but Duterte has vowed to continue with the bloody campaign up to the last day of his presidency in June 2022.

Duterte and the police have denied condoning extrajudicial killings under the crackdown. With Associated Press