“There are so many accused and victims. We allowed her to have an extension of one month. We hope she won’t ask another extension,” Chief Justice Diosdado Peralta said Friday. 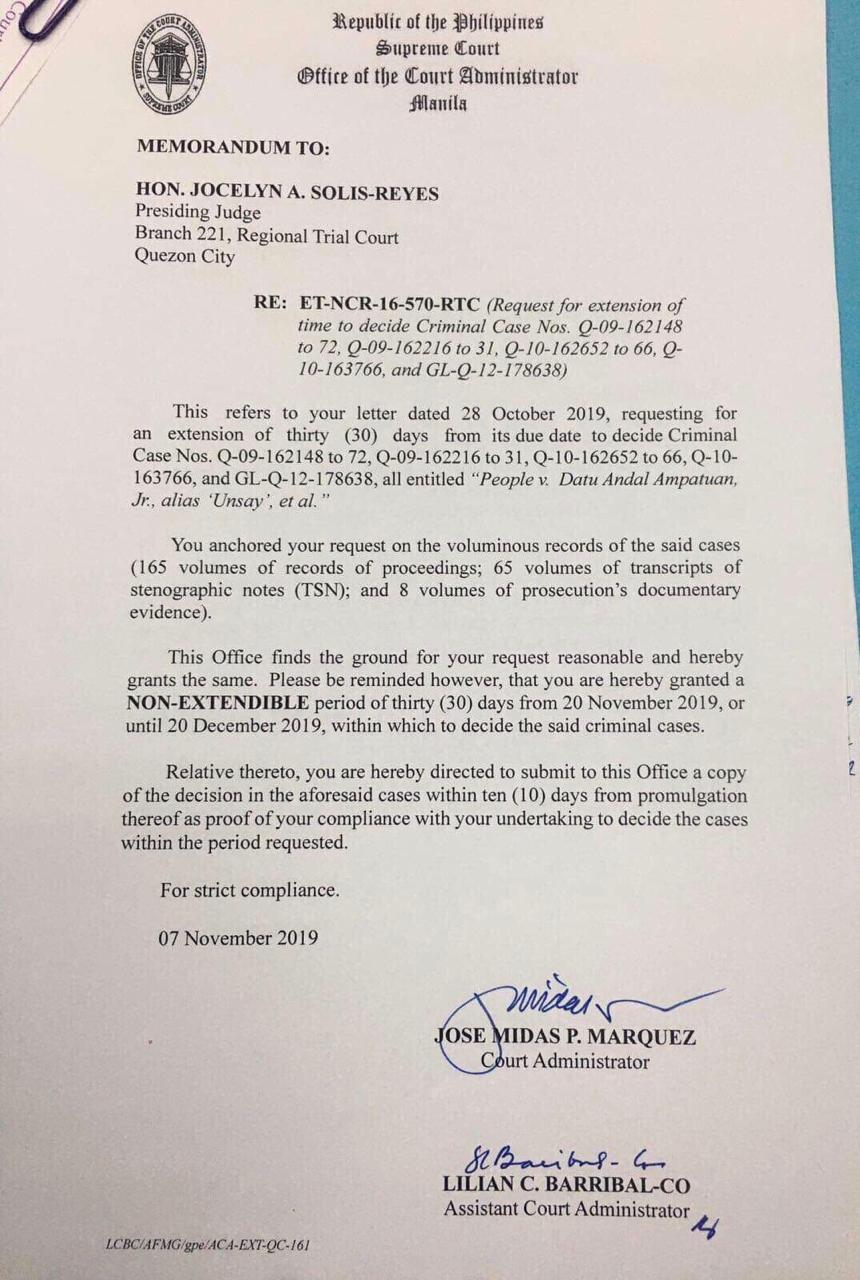 In the Maguindanao massacre case, the 90 days set for the promulgation of the case should be within this month but Judge Solis-Reyes wrote a letter to the Supreme Court asking for another 90-day extension due to voluminous records that needed to be studied.  /muf

Decision for Maguindanao massacre likely out before 10th anniversary in Nov. — Guevarra