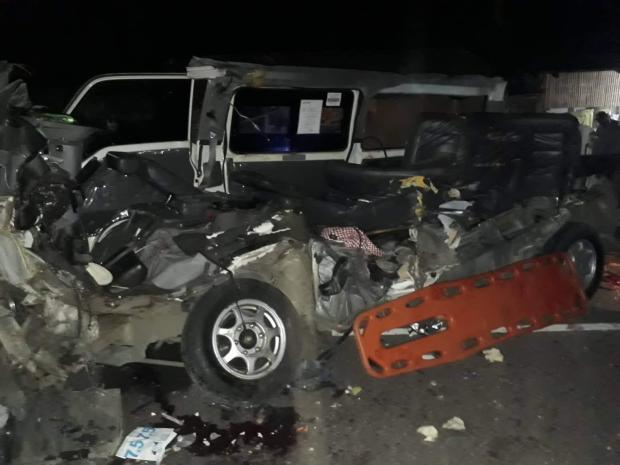 This Naga-bound UV Express from Daet lost its body after colliding head-on with a passenger bus in Pamplona, Camarines Sur late Wednesday night. (Photo from the Emergency Disaster Management and Emergency Response Office of Camarines Sur)

PILI, Camarines Sur, Philippines — Eight people were killed and four others were injured in a collision between a UV Express van and an R. Volante passenger bus in Pamplona town, Camarines Sur on Wednesday night.

The van came from Daet, Camarines Norte, and was bound for Naga City, while the passenger bus was bound for Manila when the accident happened in Barangay San Vicente at around 8 p.m., according to the Camarines Sur Provincial Disaster Risk Reduction Management Council (PDRRMC), which responded to the incident.

Eight passengers of the van — three men and five women — died on the spot. The four injured persons were brought to the Bicol Medical Center in Naga.