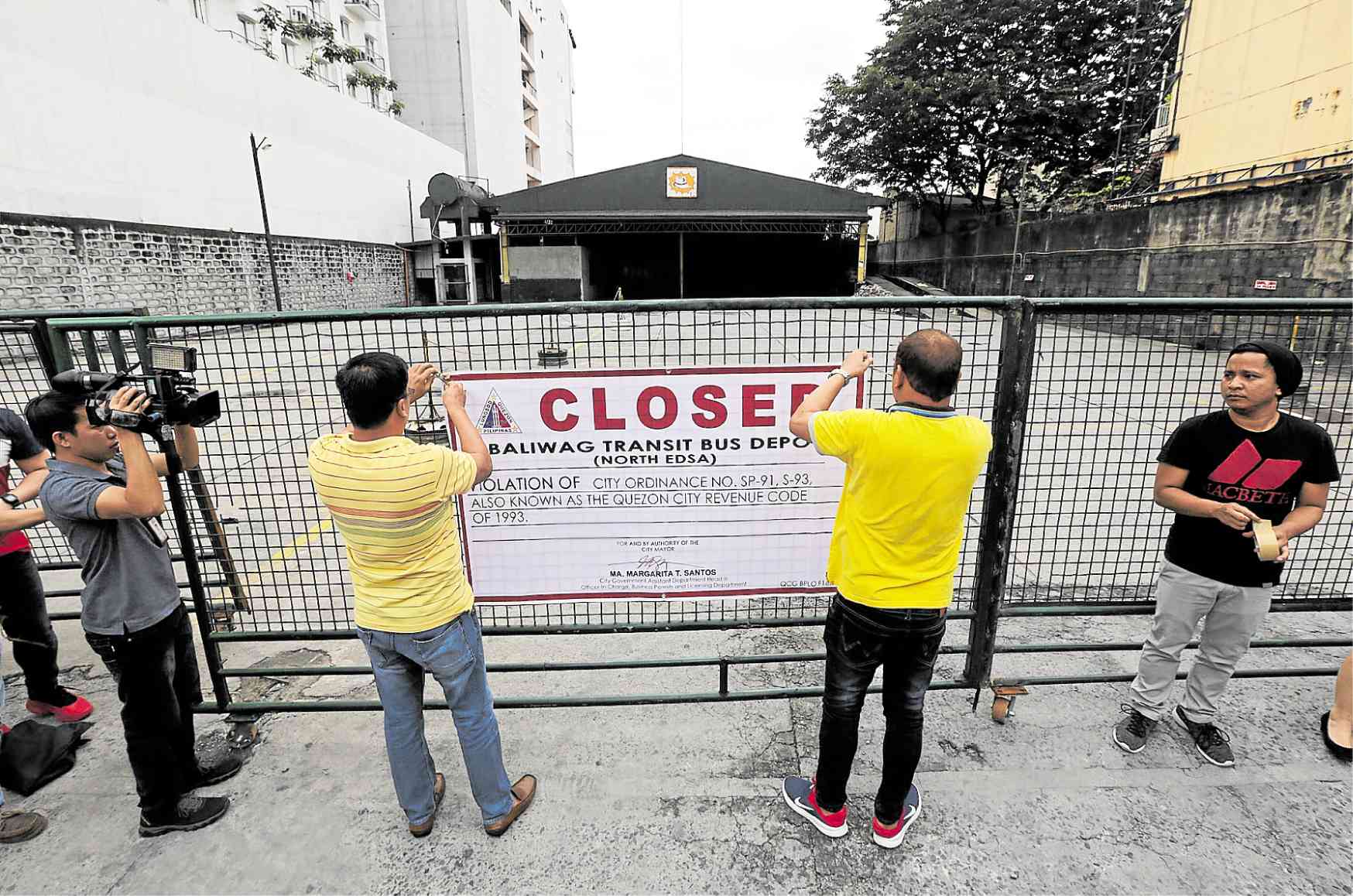 SHUTTERED INDEFINITELY A garage functioning as a provincial bus terminal was shut down on Wednesday after owners failed to present a permit to operate. —GRIG C. MONTEGRANDE

MANILA, Philippines — Authorities shut down on Wednesday a garage on North Edsa, Quezon City, that a provincial bus company had reportedly been using illegally as a terminal for months.

While checking the bus company’s papers, authorities said they found out the garage had been operating without a permit since January.

Belmonte said she initially learned about the illegal terminal from radio reports after the MMDA tagged it as a bottleneck.

“A lot of buses [go] in and out of here, causing traffic but [this] was not the basis [for] the closure,” she added.

When the city government was verifying the facility’s papers, officials discovered that the owners had been using a special permit issued for another terminal on E. Rodriguez Avenue, also in Quezon City.

“While the city government issued a permit to them last January, they had [yet to fulfill] all the requirements and their permit to operate was only conditional,” Belmonte said.

The depot on North Edsa, on the other hand, had been declared a garage although Belmonte noted that it “was clearly operating as a terminal.”

The city government has yet to decide whether to file charges against the owners of the unauthorized terminal who were not identified.

Belmonte, however, was adamant about keeping the facility shut, saying the mere act of filing false documents  meant there “was an intent to deceive the city government to profit illicitly.”

She added that city officials would come up with a matrix to check whether all bus terminals in the city had the proper permits.