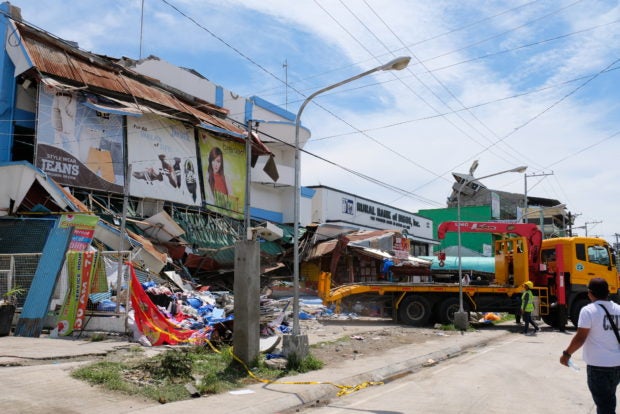 Families along the highway in Makilala, Cotabato pitch makeshift tents outside their houses following the October 31 Magnitude 6.5 quake that jolted a large part of Mindanao. BONG SARMIENTO

KORONADAL CITY — At least 37,716 families consisting of 188,583 persons have been affected in Soccsksargen and Davao regions by the series of earthquakes that jolted a large part of Mindanao last month, government data showed Tuesday.

Ricardo Jalad, executive director of the National Disaster Risk Reduction and Management Council (NDRRMC), said there was no significant change in the number of affected families from the previous monitoring Monday.

On Monday, NDRRMC reported that 37,706 families or 188,533 persons were affected by the quakes in the two Mindanao regions badly struck by three powerful tremors, the last one being the October 31 Magnitude 6.5 quake.

Jalad earlier claimed there was “no humanitarian crisis” in the quake-affected areas because “markets are open and relief goods continue to flow to quake affected areas.”

In the latest situation report of the quake issued as of 6 a.m. Tuesday, Jalad said the affected families in Regions 11 and 12 came from 246 villages.

The death toll in the three quakes reached 21 (not 22) while 421 others were injured, according to the report.

Along the Makilala highway, many families refused to live inside their houses and instead pitched makeshift tents for fear that another powerful quake would knock down their homes.

Some were seen packing their salvaged belongings in vehicles ready to go in case a strong tremor strikes anew. 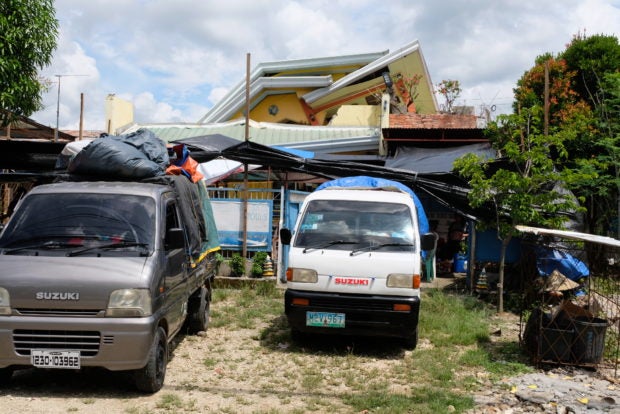