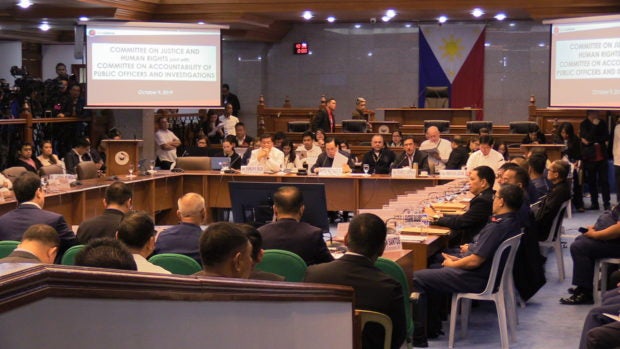 MANILA, Philippines — Majority of the senators have already signed the Senate Blue Ribbon Committee report on the “ninja cops” probe.

In an update sent by the office of committee chair Senator Richard Gordon, 15 of the 17 members of the Blue Ribbon Committee have signed the report as of Tuesday afternoon.

The report recommended the filing of administrative and drug charges against resigned Philippine National Police (PNP) chief Gen. Oscar Albayalde and 13 other police officers in connection with the questionable 2013 drug raid in Pampanga.

The senators in the Blue Ribbon who signed the committee report are as follows:

Senator Lito Lapid did not affix his signature on the report while Senator Francis Pangilinan, who is on official business, has yet to sign it. /jpv