Gordon asks Phivolcs to give significant data on Mindanao quakes 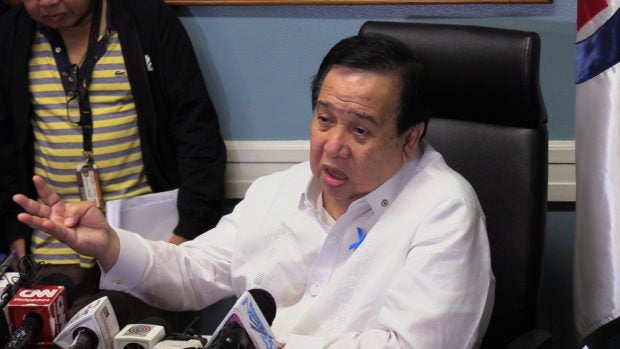 MANILA, Philippines — Senator Richard Gordon sought significant data from the Philippine Institute of Volcanology and Seismology (Phivolcs) concerning the recent wave of tremors that hit Mindanao areas, this is in order to inform the public on the state of affected places.

In a letter addressed to Phivolcs Director Renato Solidum on Saturday, Gordon, head of the Philippine Red Cross (PRC), said the earthquakes prompted his agency a “cause to inform and prepare the public on the actual current situation as their safety is of utmost importance.”

Specifically, Gordon appealed to the government agency to send them “updated seismic status of Mindanao; current fault reading and other pertinent information, which may be used to ensure the safety of the public; historical data on earthquakes that occurred in those areas for the past five years; and seismic map of Mindanao and the Philippines.”

The senator also stated in his letter that Phivolcs’ support will improve PRC’s assistance to “most vulnerable Filipinos.”

This was the second earthquake that rocked the province. On Oct. 16, a 6.3-magnitude temblor killed five people. /jpv