MANILA, Philippines – If All Saints’ Day meant a day away from work for some, to others it was a chance to do a different, more fulfilling kind of work—giving help to those who need it without expecting anything in return.

At the Manila South Cemetery, four individuals became the picture of volunteerism—giving medical aid, helping authorities respond to fire and extending a hand to the elderly and persons with disability by carrying them in wheelchairs. 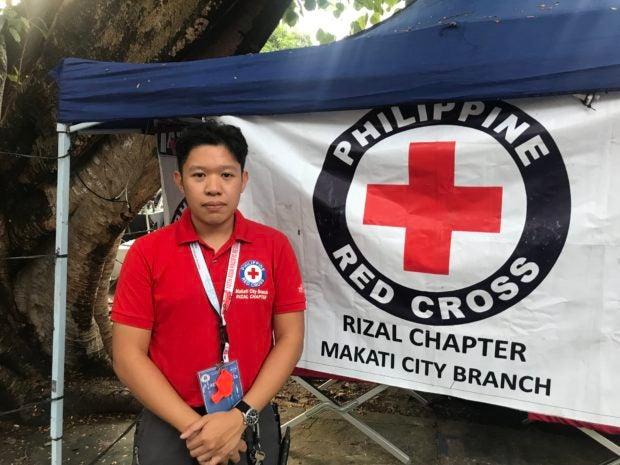 Allen Ortigosa: ‘It is hard but fulfilling’

Allen Ortigosa is a 27-year-old graduate of maritime studies and currently waiting for a job that matches his educational background. While at that, though, he found fulfillment volunteering for the Philippine Red Cross (PRC) as an instructor and medic.

He said he initially joined friends for a day of training at PRC because he was “intrigued.”

The curiosity grew into a sense of purpose. A day of training was followed by two, three and more days.

“Until the time when we no longer come home because what we do is tough and fulfilling,” said Ortigosa. “It’s really fulfilling,” he told INQUIRER.net.

He now volunteers at PRC for “humanitarian services”. This year was his second to volunteer for duty on All Saints’ Day.

“When you see something in the news or social media, you sometimes say “I wanna help, I wanna help,” but in the time of need, you don’t actually do anything,” he said in Filipino.

He recalled the time he helped send a child to hospital then got a tap on the shoulder from a doctor who praised him for doing a good job.

“I was a new volunteer and being told I did a good job was something different,” said Ortigosa.

By the time INQUIRER.net found him, Ortigosa was chatting with other volunteers and PRC personnel. He said his fellow volunteers were good companions. 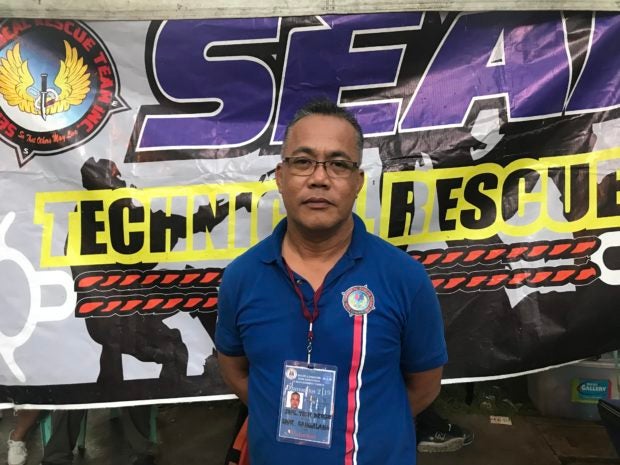 Louie Sangalang, 48, landed a job as a human resource administrator at a private company, but he said he still gets a different high from being a volunteer.

He is one of the founders of the SEAL Technical Rescue Team in 1992, just after graduating from college. SEAL is a nongovernment organization specializing in firefighting, rescue operations and providing medical assistance.

Sangalang said volunteering for SEAL had been a passion of his even before he entered the police force and obtained a rank of police officer 3, equivalent to corporal in the current police rank system.

For personal reasons, however, he quit the Philippine National Police and is currently officer-in-charge of the SEAL firefighting team.

The fulfillment of being a volunteer is beyond words, Sangalang said. “Fulfillment? I can’t describe it but we’re happy here,” he said in Filipino.

Sangalang temporarily left the group in 2000 when he got married, but after several years found himself returning to what he said was his “first love.”

“It feels good to help. No payment,” he said. 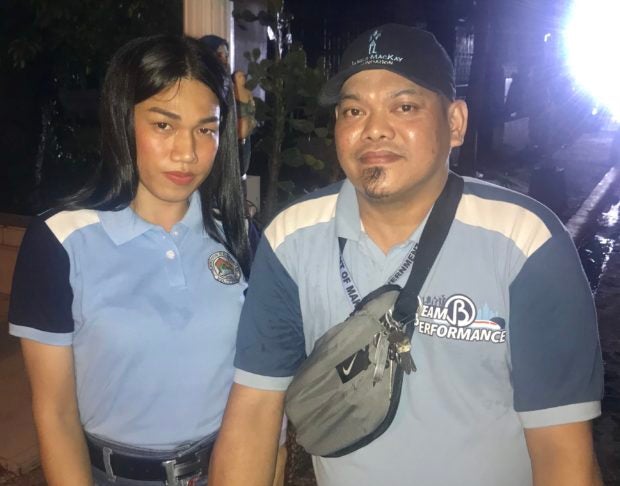 Louis Ricafort and Jeff Baccay: ‘It’s fun as long as we can help’

Louis Ricafort and Jeff Baccay are technically not volunteers, since they work for the Makati Action Center of the Makati City government.

They, however, did not hesitate to go the extra mile when they saw an elderly woman who had to be in a wheelchair because she was undergoing dialysis. Ricafort and Baccay patiently helped the woman in her wheelchair reach the spot near a relative’s tomb.

Ricafort and Baccay had been working for the city government of Makati for three and two years. They said ever since they joined the Makati Action Center, they had been doing chores for the elderly and persons with disabilities during All Saints’ Day.

“We’re enjoying it, having fun,” they said in Filipino. “Just go on. It’s fun as long as we can help.”/TSB

Read Next
PNPA looking at possible case of hazing on hospitalized cadet
EDITORS' PICK
SSS: Members on home quarantine due to COVID-19 can apply for sickness benefit
Gear up and get ready to play with Yamaha Mio Gear
Mobile COVID-19 vaccination for commuters, transport workers set at PITX
Kalinga, Ifugao, Mt. Province, N. Samar will be under Alert Level 4 from Jan 21-31
PH to send 584 athletes, 161 officials to Vietnam SEA Games
Acer starts the year off strong with the Aspire Vero National Geographic Edition
MOST READ
Imelda Marcos trends on Twitter after octogenarian jailed for allegedly stealing mangoes
Mayor Vico counters vice mayor: ‘Did I say anything about his family?’
PH 51st on list of world’s most powerful militaries
‘Unbelievable!’ Pacquiao hits DA’s plan to import 60,000 MT of fish
Don't miss out on the latest news and information.