Manila cemetery bursts at seams as crowd swells to more than 260,000 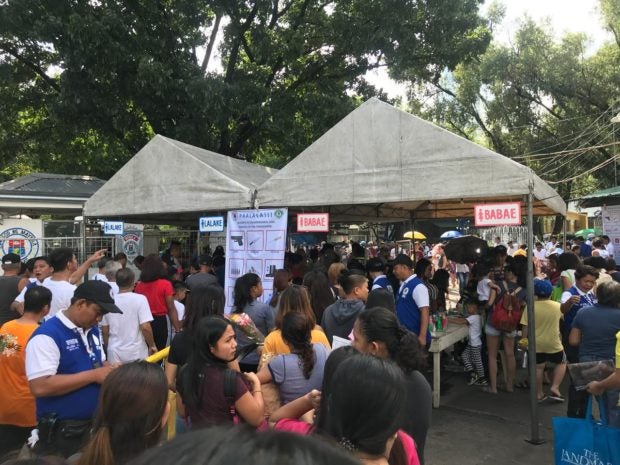 Men and women are ordered to queue up separately at the entrance of the Manila South Cemetery (Photo by Cathrine Gonzales/INQUIRER.net)

MANILA, Philippines — The Manila South Cemetery started to burst at the seams in the afternoon of All Saints’ Day, Nov. 1, with at least 266,912 people visiting tombs of their loved ones, a number that exceeded police estimates.

According to the Manila Police District (MPD), the estimated crowd for the entire day was only 250,000 but the number was already way past that by 3 p.m., according to the MPD advance command post.

The Manila South Cemetery is the smaller of two public cemeteries being managed by the city government of Manila. The other one is North Cemetery, a much larger memorial park.

Lt. Col. Ferdinand Belantres, command post supervisor, said the number of cemetery goers swelled past noon. By noon, the number of people inside the Manila South Cemetery was only 75,958, according to Belantres who is also in charge of emergency preparedness and response.

Belantres said the situation was generally peaceful although authorities seized scores of banned items being sneaked into the cemetery by some people.