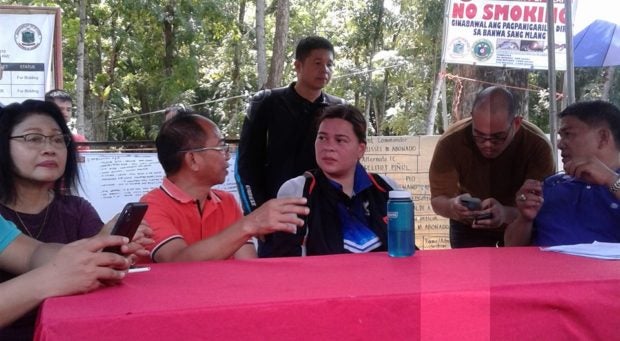 Duterte, who drove a green Kawasaki big bike, spoke to quake victims and to local executives, receiving updates on the extent of the damage wrought by the series of tremors.

She spoke with M’lang Mayor Russel Abonado and Vice Mayor Lito Piñol in front of the town hall Friday noon and handed over the cash assistance from the people of Bohol.

Duterte also assured Abonado and Piñol that food packs and other supplies from Davao City would be coming to M’lang soon.

Abnonado lauded the Davao mayor for coming over and for expressing sympathy to the people of Mlang.

The mayor earlier visited Tulunan town and spoke with the displaced families, and vowed to send aid.

After M’lang, she proceeded to the Cotabato provincial capitol and met with provincial officials. From there, she motored to Kidapawan City and sat with local officials before proceeding to Makilala town.

President Duterte was earlier reported to be visiting quake-affected areas before his Thailand trip to join the Asean summit.

Duterte refused to say if her visit was on behalf of his father./lzb