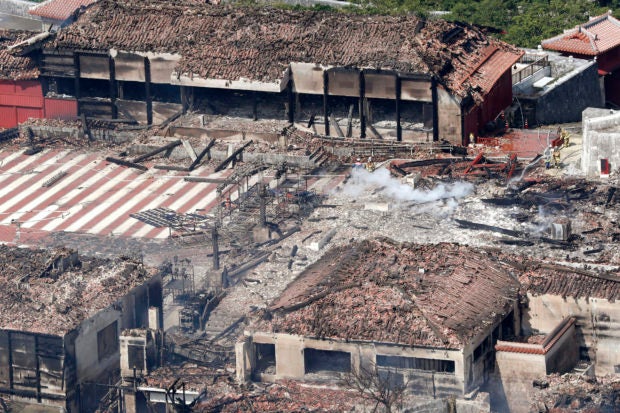 TOKYO — Fire and police investigators are inspecting the burned-out ruins of Shuri Castle on Okinawa to determine the cause of the fire that nearly destroyed the site that is a symbol of the Japanese island’s cultural heritage and history of struggle.

The fire Thursday burned down the castle’s three main halls and four nearby structures. It took firefighters 11 hours to extinguish the fire.

More than 130 investigators were inspecting the site on Friday. Fire officials believe the fire started inside the Seiden, the castle’s centerpiece, around 2:30 a.m. when nobody was around.

The castle is a UNESCO World Heritage site. It dates from the 1429-1879 Ryukyu Kingdom era and was restored in 1992 after being burned down during World War II. /kga