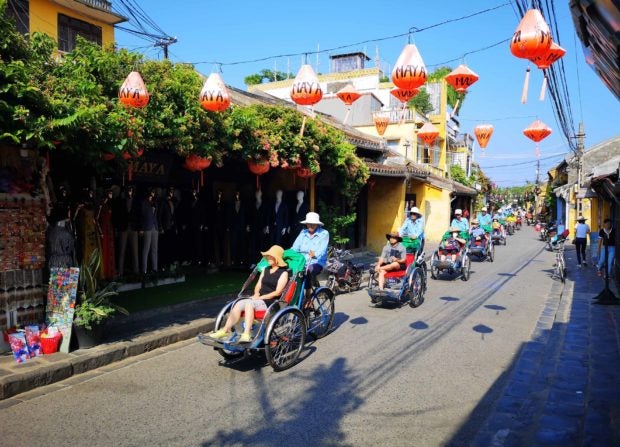 HANOI — Vietnam’s tourism sector has set a new record by welcoming nearly 1.62 million foreign tourists to the country this month alone, up by 34.3 percent over the same month last year.

The General Statistics Office (GSO) on Tuesday released the figures, adding that it is also the highest growth rate the sector has recorded this year.

The GSO also announced the number of foreign tourists to Vietnam has reached nearly 14.5 million in the first 10 months of the year 2019, up 13 percent over the same period last year, of which Chinese and South Korean visitors accounted for nearly 56 per cent.

The Vietnam Administration of Tourism (VNAT) said the growth was impressive as it is significantly higher than the regional and international average growth being reported by the World Tourism Organisation (UNWTO).

The UNWTO said in the first six months of this year, the number of people taking trips to foreign countries worldwide increased by 4 percent, of which those from Southeast Asia and Asia-Pacific recorded an increase of 5 and 6 percent respectively.

The first 10 month’s growth was due to efforts made by the whole sector, according to the VNAT.

Foreign visitors from the sector’s key source markets have grown remarkably in the past 10 months of which those from Asia accounted for 79.5 per cent, up 15.2 per cent over the same period last year.

In particular, those from mainland China rose by 9.4 per cent while those from South Korea rose 22.1 percent, Japan 15 percent, and Taiwan 29.5 percent.

The number of tourists from the three markets also jumped in October alone with South Korea up 19 percent, Japan increasing 23 percent, and Taiwan rising 44 per cent.

More travellers from elsewhere in Southeast Asia as well, with the most impressive growth from Thailand at 47.7 percent for the year and up 60.3 percent in October alone.

According to the VNAT, the awards showed the position of Vietnam’s tourism in the region and the world.

That also offered an opportunity sector to intensify its promotion activities, the VNAT said.