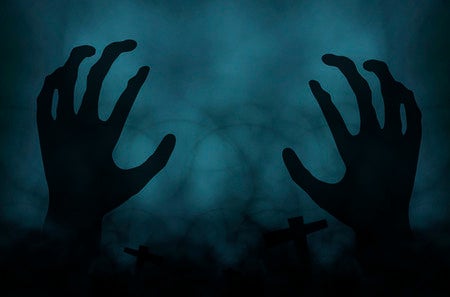 A man was arrested for stabbing a woman who he claimed attempted to feed him to zombies last Friday, Oct. 26.

William Berry, from South Carolina, USA, stabbed the victim (unidentifed in the report) in the back multiple times, as per The State on Monday, Oct. 28. Following the attack, the 29-year-old fled toward a nearby road.

Police arrived at the scene of the crime after responding to a call regarding a stabbing, as per an incident report by the Aiken County Sheriff’s Office. They later tracked Berry along the highway despite his attempt to escape.

Upon arrest, the suspect told officers that he “poked someone” because they were “trying to feed him to zombies” and were mean to him.

Berry was detained in the Aiken County detention center on charges of attempted murder and possession of a weapon during a violent crime. In addition, he was denied a bond.

Authorities stated that Berry was not under the influence of drugs or alcohol during the attack. Meanwhile, the victim was later taken to a hospital where she was found to have up to six stab wounds in her back.

This was not the first time Berry got arrested, as per report. He was previously placed in the same detention center in December 2018 on a third-degree assault and battery charge. Ryan Arcadio /ra