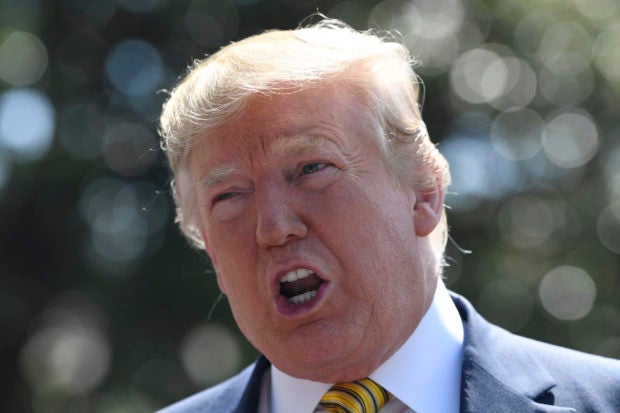 President Donald Trump speaks to reporters on the South Lawn of the White House in Washington, Saturday, June 22, 2019, before boarding Marine One for the trip to Camp David in Maryland. Image: AP/Susan Walsh

The man (unidentified in the report) and his family were in line for a haunted house in Naples, Florida, in the US when the girl (name also withheld) approached him, as per Naples Daily News yesterday, Oct. 28.

The girl then struck the man in the jaw, before laughing and running back to her place in the line with four other minors.

After the alleged assault, the man walked up to the girl and asked her why she had hit him. He then reached out to a worker at the fair where the haunted house was located, and asked for authorities to report the incident.

One of the local sheriff’s deputies interviewed the 14-year-old and her parents, as per report. During the interview, a woman who identified herself as a Collier County School System employee told the officer that the incident was shared on Instagram.

The officer informed the girl’s family that investigators may follow up with them, considering the nature of the crime and “that the sole motivation was to strike ‘Trump.’”

According to the Collier County Sheriff’s Office, the girl faces a misdemeanor charge of battery for the incident.  Ryan Arcadio /ra