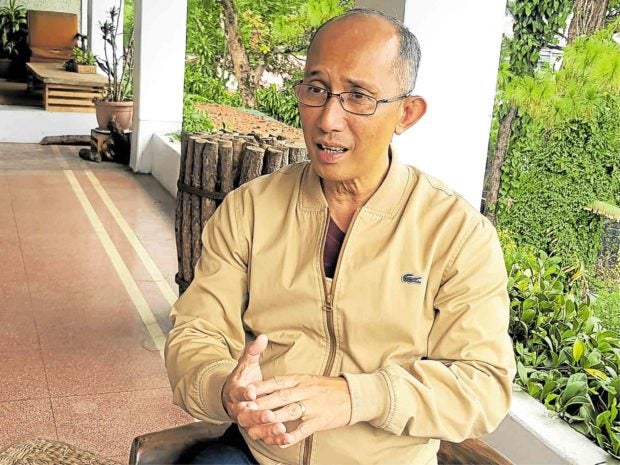 BAGUIO CITY, Benguet, Philippines — Businessman Jimmy Gow, chair of the bankrupt Uniwide Group of Companies, wants to undertake the modernization of the Baguio public market, saying the delay in fulfilling his 1995 lease contract with the city government was due to a 20-year lawsuit.

Uniwide’s contract was to build a P1.7-billion market building, but the company’s lease agreement featured a design-build-lease (DBL) arrangement—a variation of the government’s build-operate-transfer formula—which market vendors challenged in court for being unconstitutional.

In 2016, the Supreme Court ruled that the DBL contract was valid.

The city government announced it would undertake the modernization of the market and may tap a P10-billion credit facility offered by the Development Bank of the Philippines to build a five-story building that would incorporate “pocket parks,” elevated walkways and parking spaces.

Gow’s lawyers informed the city government that their client intended to assert his rights over the project in a Sept. 20 letter that was received by City Hall on Oct. 22.

The lawsuit filed by the Baguio Market Vendors Association not only stopped Uniwide from proceeding with the project but had “inordinately hampered the development of the city,” lawyers Aileen Grace Deticio and Mark Derit said in the letter.

They asked the city to allow the firm to modify the building plans given that the DBL project used 1995 financial and engineering specifications.

But in a reply on Oct. 25, Mayor Benjamin Magalong said the city government had terminated the lease contract because Uniwide and all its interests had been dissolved and were now undergoing a court-approved liquidation process.

On Aug. 20, the city relayed its position to former Justice Martin Villarama Jr., the court-appointed liquidator of Uniwide assets, Magalong said. The liquidator’s task is to assume custody and sell all Uniwide companies and properties to generate money for Uniwide’s debtors.

The company suffered losses due to the 1987 Asian currency crisis.

Magalong, in his letter, said the Baguio government may no longer entertain Gow’s “intent to proceed” with the project because the agreement “was deemed terminated by operation of law” following Uniwide’s dissolution.

Because the company and all its assets are now under Villarama’s control, Gow “has no more legal standing to deal with the city of Baguio,” the mayor said.