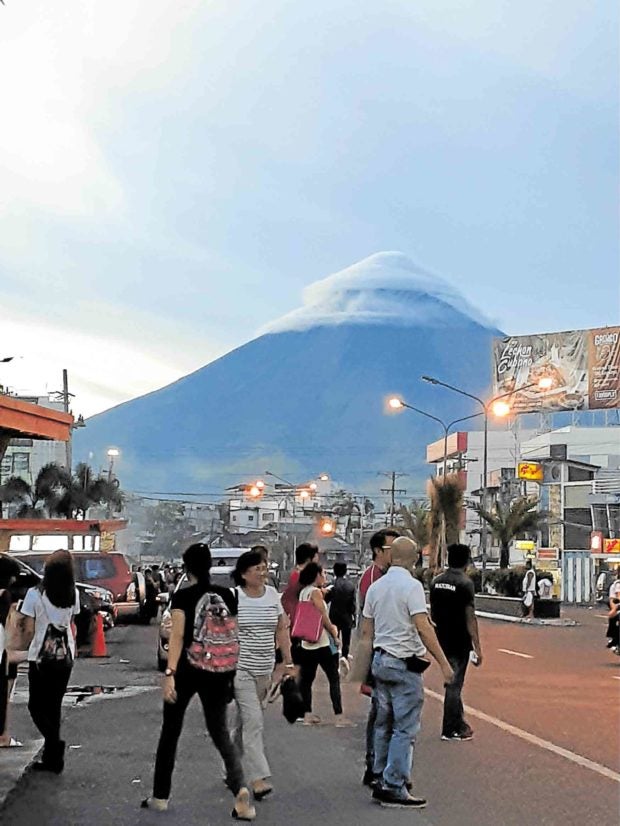 He said lenticular clouds developed during good weather as they floated and created a series of oscillating waves.

Although it was nice to look at, airline pilots avoid lenticular clouds as these bring air turbulence due to sudden changes in the wind speed, Samudio said.

Dorothy Colle, chief of the Albay tourism and cultural office, said the cloud formation on the 2,463-meter-high volcano was a “value-added” attraction to tourists visiting the province.

Mayon volcano has been included as one of the wonders of the world for its almost perfect cone.

But the volcano, although lovely to look at, could be dangerous when it erupts, sending thousands of residents to various evacuation camps, Colle said.

The volcano’s last eruption was in January last year.

As of now, Mayon volcano is still under Alert Level 2, which means that there is moderate level of unrest. The public is advised not to venture into the 6-kilometer permanent danger zone and the 7-km extended danger zone from the south southwest to east northeast sector, as sudden explosions, lava collapses, pyroclastic density currents and ashfall can still occur.