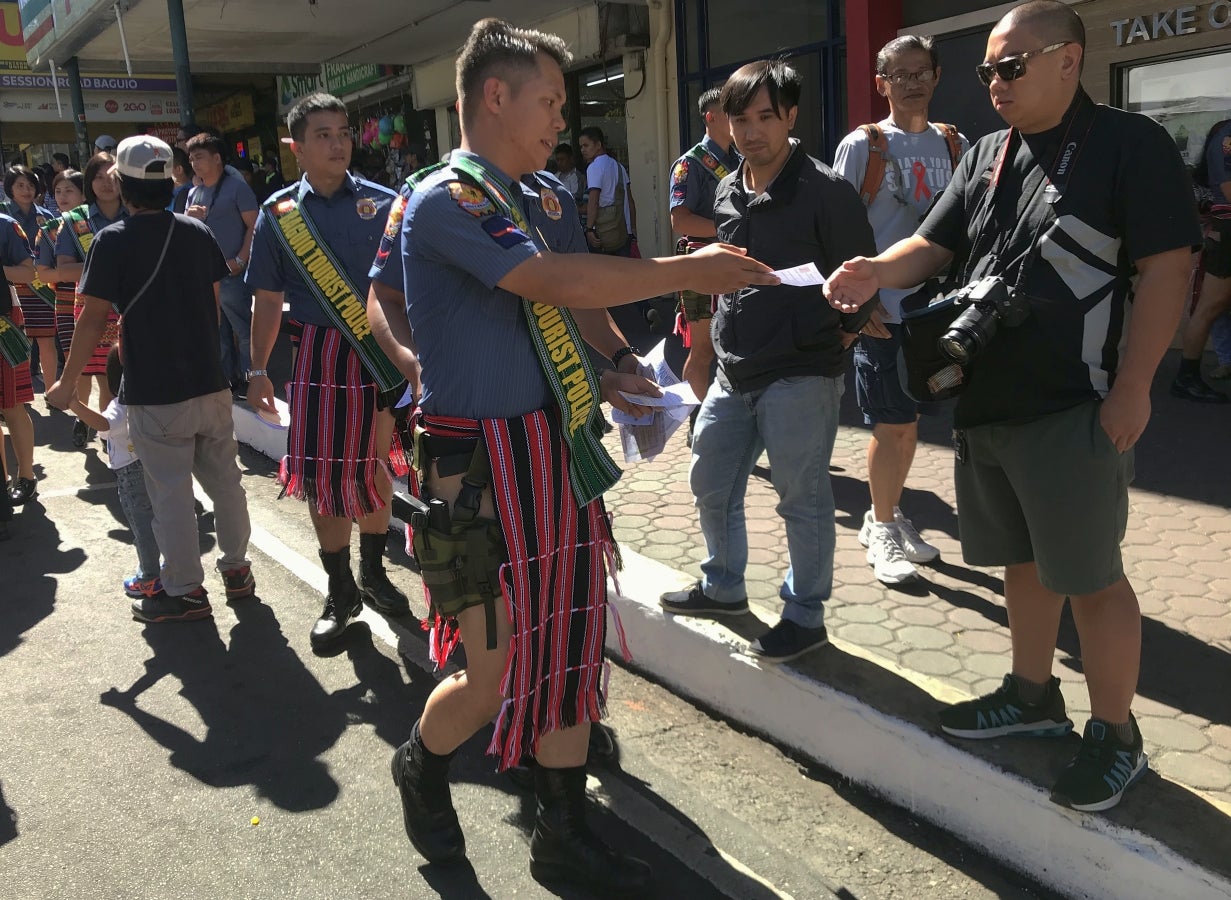 The police officers belong to Baguio’s tourism police unit which was reintroduced to the public. INQUIRER / Vincent Cabreza

Close to 40 police have been manning key tourist destinations in the summer capital, “to assure Baguio visitors that we are here to make sure they are safe,” said Police Col. Allen Rae Co, Baguio police director.

Various groups staged Halloween events over the weekend, drawing children to Session Road since Saturday. The yuletide, which is Baguio’s peak tourist season, has also started.

The public re-introduction of the Tourism police is tied to the city’s new safer city initiative, which involve setting up security cameras and other surveillance devices around the city to help a government command center manage traffic, respond to emergencies, and detect fugitives, said Mayor Benjamin Magalong, who graced the launching program held along downtown Session Road.

The command center will be equipped with an artificial intelligence system that would have facial recognition software, the mayor said earlier this week, but it would not be intrude private spaces.

Magalong said the system would monitor areas with high crime rates. The first of its kind in the country, the P200 million safer city program would be financed by Malacañang. 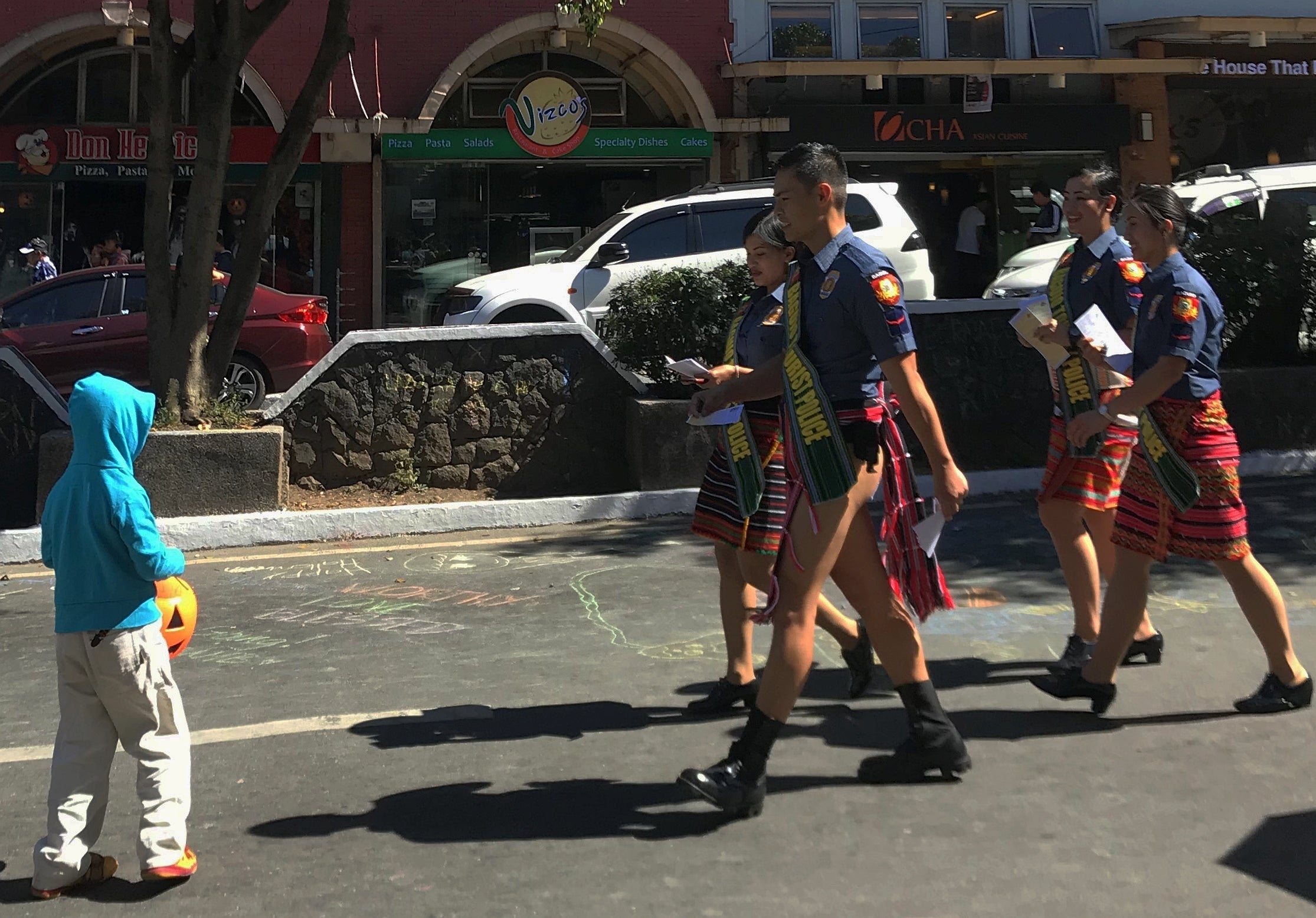 Policemen wearing g-strings strapped with their service weapons, and policewomen in traditional Cordillera tapis (skirts) mixed with costumed children out for trick-or-treat during a Halloween weekend staged on Sunday (Oct. 27) along Session Road in Baguio City. INQUIRER / Vincent Cabreza

Addressing a crowd that included Mindanao tourists, Magalong stressed that Baguio ranks as the third safest city in the country, based on the latest crime comparison tally undertaken by the Philippine National Police and the National Police Commission.

Napolcom recently cited the BCPO for having “the most disciplined law enforcers,” Co said.

“We also have the friendliest cops,” said Magalong, a retired police general who developed a computer used crime mapping system when he served as Cordillera police director. /je