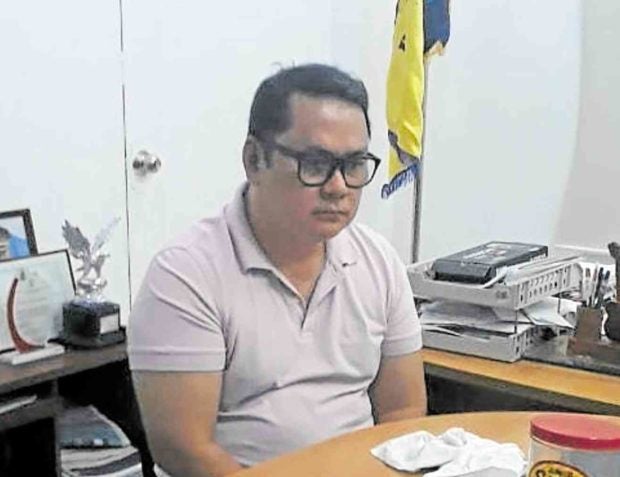 Police have yet to identify the suspects and motive behind the ambush that killed the 50-year-old official, but the drug angle has been brought up.

Navarro was No. 31 on President Duterte’s list of at least 40 alleged narcopoliticians, which he released in March.

According to police data, at least 12 mayors and seven vice mayors have been killed from July 1, 2016 to January 2019, under the Duterte administration.

Since his rise in local politics, Navarro has been allied with the late Ozamiz City Mayor Reynaldo Parojinog Sr. who was killed with 14 others during a July 2017 raid on his home by policemen and members of the Criminal Investigation and Detection Group. The raid allegedly yielded guns and drugs.

Navarro was shot dead by unidentified gunmen in this city a day after being arrested for allegedly mauling a masseur and asking sexual favors from a masseuse.

At least four masked men in black alighted from a white van and blocked the police vehicle that would have brought Navarro to the fiscal’s office for arraignment on charges of acts of lasciviousness, usurpation of authority and physical injury.

The men dragged Navarro from the police car and shot him in the head at close range, recounted his sister, Princess Navarro-Madarang.

The mayor, who was in Cebu for a seminar, had gone to a spa on Wednesday and demanded a masseuse. Told that no female massage therapist could attend to him, the apparently drunk Navarro started punching masseur John Dueñas in the belly.

Security camera footage obtained by the police showed Navarro’s security detail holding back Dueñas as the mayor punched him.

When a masseuse was later assigned to him, Navarro reportedly asked her to massage his private parts.

Dueñas and the masseuse subsequently reported the incident to the Abellana police who waited for Navarro at the precinct on Thursday morning to settle the matter. When he did not appear, Police Brig. Gen. Valeriano de Leon, police director for Central Visayas, ordered the mayor arrested.

Navarro was about to board a plane bound for Manila on Thursday afternoon when the police came to arrest him.

The mayor denied the accusations against him. “They humiliated me. He (Dueñas) started it. I felt challenged. Had I mauled (Dueñas), he wouldn’t look that way. He seemed untouched,” he said in an interview on Thursday

Originally from Pagadian City, Navarro settled in Clarin and worked as political ward leader for its then mayor, Emeterio Roa, who anointed him as successor in 2001.

Navarro completed three mayoral terms in 2010, after which he ran and won as provincial board member. His wife, Elsa Fuentes, succeeded him as mayor until 2013, when he ran again and won his old post.

His sister strongly denied Navarro’s drug links, saying he was “well-loved by many.” Her brother even led several antidrug campaigns in their city, she said.

“In fact, many villages in our place had been declared drug-free [by the Philippine Drug Enforcement Agency],” Madarang said.