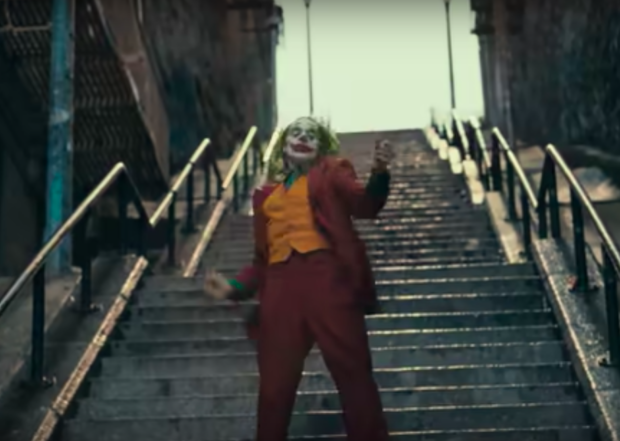 The Joker Stairs as seen from the film’s official trailer. Image: Screengrab from YouTube/Warner Bros. Pictures

The citizens of New York City are no longer in a joking mood, as fans of the movie “Joker” increased the foot traffic in what they have now baptized as the “Joker Stairs.”

The stairs connecting Shakespeare Avenue and Anderson Avenue in the Bronx suddenly became a new tourist destination. People wait for their turn to pose on the steps as the site has become “an instant shrine for fans of the film,” according to Time Out last Thursday, Oct. 17.

Tourists pose in different parts of the steps. Some even do so in the Joker’s iconic outfit, with professional photography assistance. New York photographer Ray Mercado captured such a moment on his Instagram last Saturday, Oct. 19.

Just a week before, Mercado shared a series of photographs on his account, covering other significant “Joker” spots in New York City. The first photo in his series is the Joker Stairs, posted last Oct. 12.

The photographs show how Phoenix’s character fit in these real-life locations.

The hashtag (#jokerstairs) has since gone viral on Instagram, as Instagram users flocked to the stairs to pose. The Bronx residents were beginning to feel the inconvenience.

“It is disrespectful to treat our community and residents as a photo opportunity,” a flier near the steps read, as per Gothamist on Tuesday, Oct. 22. Some residents do not understand why people are in such a hype over “some stairs,” as pointed out by Steven Gomez, a student who lived in an apartment right next to the stairway.

One man from the neighborhood hoped the hype would die down soon, as another Bronx-resident, Brayan Feliz was quoted as saying, “Understand that people live in those places and that just you taking a picture is gonna have an impact in that community.” Cha Lino/JB

‘Joker’: Joaquin Phoenix’s ‘vanishing act’ the stuff that Oscar winners are made of