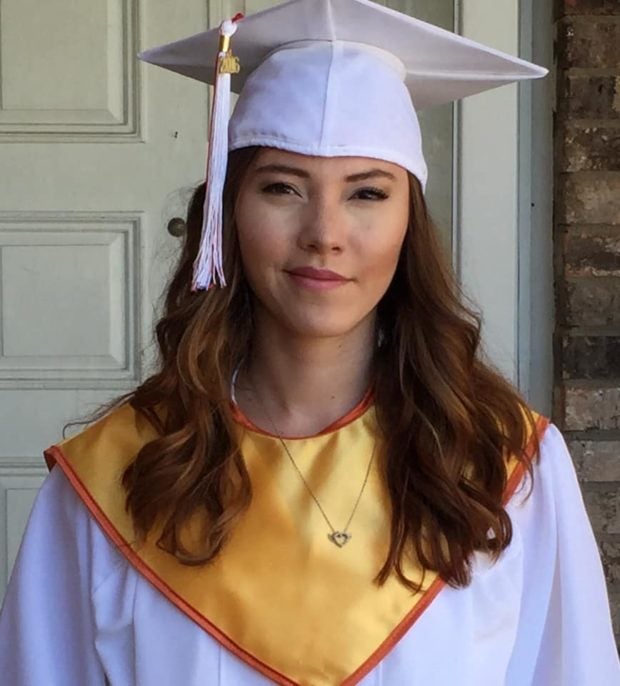 A 21-year-old woman in New Mexico was killed after witnessing a robbery take place while she was playing “Pokémon Go” last Friday, Oct. 19.

Cayla Campos tried to drive away after seeing two persons rob someone who was sitting in a car. The criminals opened fire at her car, police reported as per Albuquerquean local news outlet KRQE.

Campos was hit in the back of her neck and crashed into an empty home, injuring herself further. She was then taken to the University of New Mexico Hospital, but could not be saved.

The 21-year-old was out that night with her boyfriend playing the popular augmented reality game “Pokémon Go” on her phone, near Bianchetti Park in Albuquerque, when the incident occurred.

Campos’ father, Carl, took to Facebook on Oct. 19 to pay an emotional tribute to his “baby” daughter.

Most of you know already for those who I couldn’t reach, we lost our baby Cayla last night to a shooting. She was…

“Most of you know already for those who I couldn’t reach, we lost our baby Cayla last night to a shooting. She was murdered in cold blood in Albuquerque NM,” the heartbroken father said. “Anyone that new her knows we lost a very special person. You’ll never leave my mind baby! I don’t know how to live without you.”

According to Campos’ friend, Cody Bell, Campos and her boyfriend lived near where the crime took place.

“[She] and her boyfriend always make a loop around this park before they go home and play Pokemon Go because their apartment is literally right there,” Bell told KRQE.

“She was just such an amazing person,” Bell added. “She was my closest friend. I am just devastated that she is gone.”

Services for Campos were held earlier today, Oct. 24, as per Carl’s announcement on Facebook.

The criminals are yet to be found, but police say a red car which is possibly a Ford Mustang and a silver four-door sedan were involved in the robbery.

As the game encourages going outside to catch virtual monsters, playing the game leaves one prone to accidents and real-life threats.

Cayla’s murder is not the first of the deaths related to the game. In 2016, 20-year-old Calvin Riley was shot in San Francisco while playing the game. Another player, 60-year-old Jiansheng Chen, was also shot and killed while playing in Virginia in 2017, leading to a case widely covered by international media.

“When you’re out and about playing Pokémon GO, stay aware of your surroundings at all times — especially when traveling alone or in areas you’re not familiar with,” official Pokémon GO website advised its players. Ian Biong/JB

Read Next
UK media: 39 people found dead in truck are Chinese
EDITORS' PICK
CHR hopes inequalities exposed by COVID-19 pandemic are addressed
Smart offers wireless fiber-like speeds to Filipino homes with country’s first 5G Prepaid Home WiFi
This new condo in the South will make you want to turn a new leaf
Legarda: Ending Violence Against Women, a cause for all
DOH: Booster doses for fully vaxxed adults to start December 3
BOQ monitoring 64 travelers from ‘red-list’ countries amid Omicron
MOST READ
Another disqualification petition filed against Bongbong Marcos
DOH: Booster doses for fully vaxxed adults to start December 3
Ex-DOT chief Ace Durano convicted of graft over 2009 project
Roque defends Bongbong Marcos: ‘He was only 15 years old in 1972’
Don't miss out on the latest news and information.