Trudeau: Climate and pipeline are priorities after election 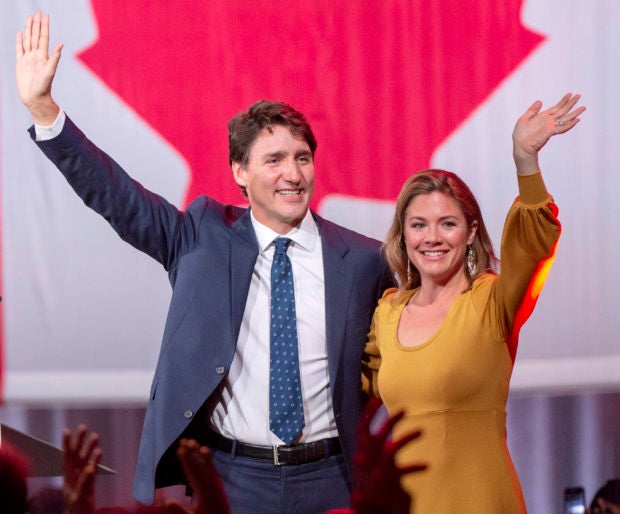 While Trudeau’s Liberal Party took the most seats in Parliament in Monday’s elections, it lost its majority and will have to rely on opposition parties to get legislation passed. Trudeau ruled out a formal or informal coalition with the other parties, meaning he will move forward on an issue by issue basis.

Trudeau said at a news conference Wednesday that he would unveil his new Cabinet on Nov. 20 and it would again be gender balanced.

He said his government intends to go ahead with the controversial Trans Mountain pipeline from the Alberta oil sands to the Pacific Coast, saying that it is in the national interest.

While the pipeline is opposed by Canada’s other progressive parties, Alberta is increasingly angry over Trudeau’s inability to get it built. Trudeau’s Liberal party failed to win a seat in the province.

The pipeline would allow Canada to diversify and vastly increase exports to Asia, where it could command a higher price. Alberta has the world’s third largest oil reserves but 99 percent of its exports now go to refiners in the U.S., where limits on pipeline and refinery capacity mean Canadian oil sells at a discount.

Environmentalists have accused Trudeau of betrayal for spending billions to buy the pipeline in a so-far unsuccessful bid to get the stalled project moving again. It has been held up by environmental opposition and court challenges. The pipeline would end at a terminal outside Vancouver, resulting in a seven-fold increase in the number of tankers in the shared waters between Canada and Washington state.

Trudeau’s efforts to strike a balance on the environment and the economy have been criticized by both the right and left. He brought in a national carbon tax to fight climate change.