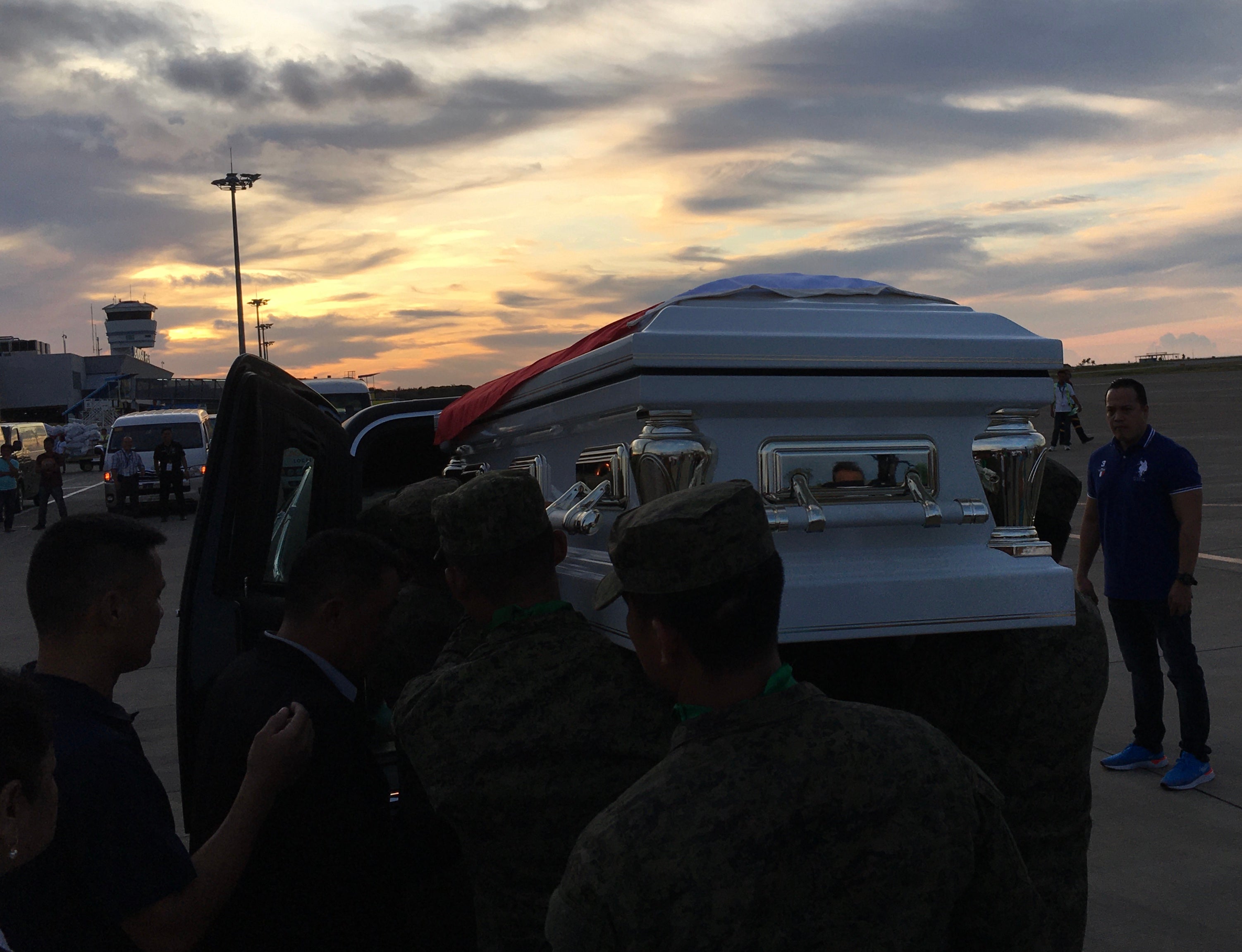 Army honor guards carry the coffin of the late Aquilino “Nene” Pimentel Jr. to a hearse Wednesday afternoon as it arrived at the Laguindingan airport. Photo by Ryan Rosauro, Inquirer Mindanao

CAGAYAN DE ORO CITY—The remains of former Senate President Aquilino “Nene” Pimentel Jr. arrived at the Laguindingan airport around 5 p.m. Wednesday, in a journey that retraces his political beginnings and allows people whose lives he touched, to pay their final respects.

Pimentel’s flag-draped casket was borne by a Philippine Air Force plane on a two-hour flight from Manila where former colleagues in the Senate paid tribute to his contributions to the nation earlier in the day.

An undersized battalion of soldiers from the Army’s 4th Infantry Division greeted Pimentel’s remains along with some members of his family for arrival honors.

“Nene’s heart lies here. He has a special connection here.

You could feel his electricity whenever he comes here,” said Moreno, who requested the Pimentel family to allow public viewing of his remains.

Pimentel’s remarkable political career began in Misamis Oriental in 1971, as its elected delegate to the Constitutional Convention. In this capacity, he was one of the few who rejected a draft Charter engineered by the late dictator Ferdinand Marcos, a stance that would later cost him four arrests.

In 1980, he won over a Marcos ally to become city mayor until 1984 when he was elected member of the unicameral Batasang Pambansa.

By then, he has gained national stature for his staunch opposition to the dictatorship that would pave the way for his rise to national prominence. Ryan D. Rosauro/TSB