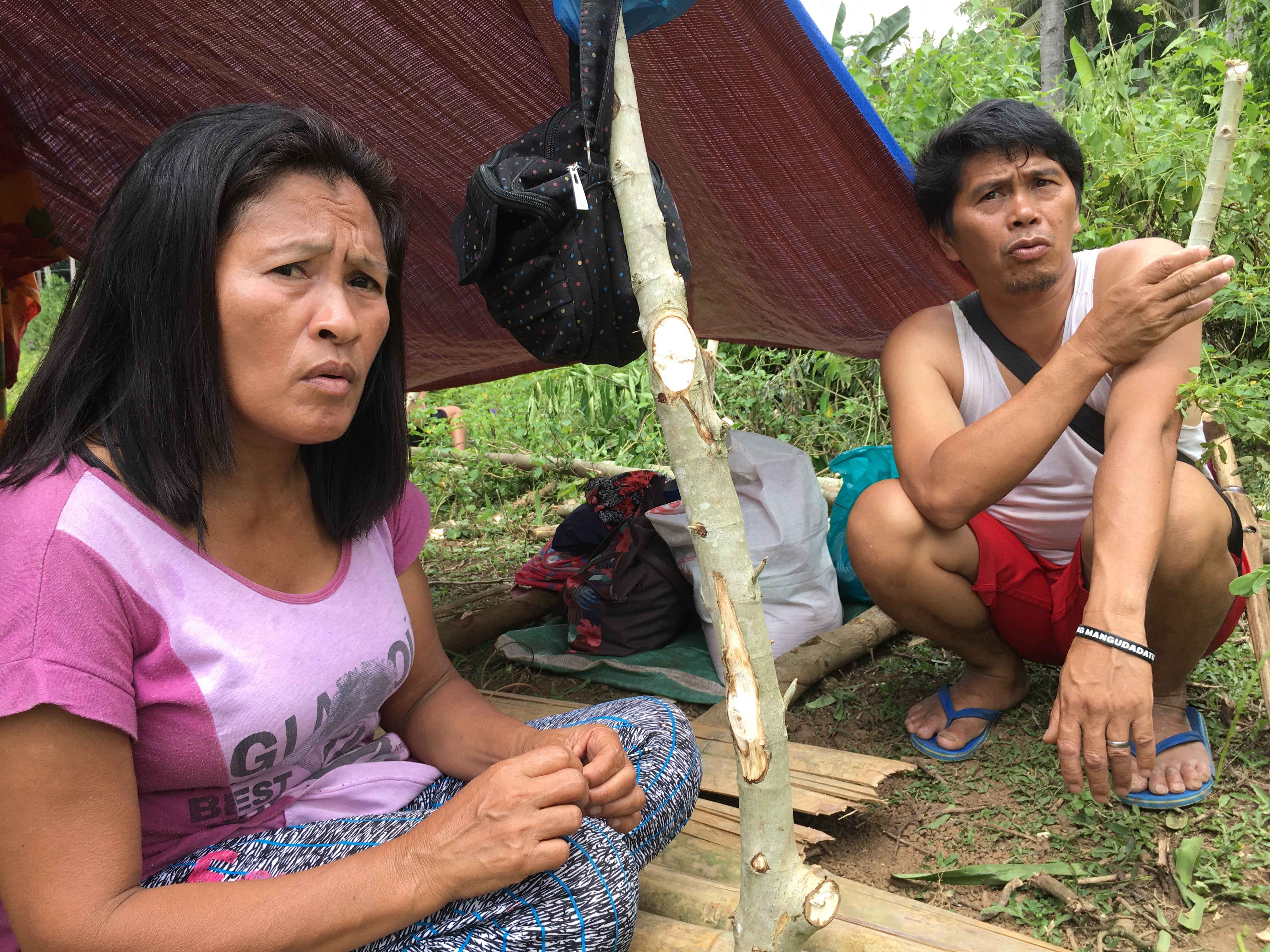 “Ask at least 10 men to shake a coconut tree and let’s see if they could make at least one nut fall on the ground,” Armando Attic, 50, a vegetable grower and rubber tapper challenged.

“But the earthquake did 10 times that. The following day, it looked like harvest time in our place, with all the coconuts that littered the ground,” he said.

The quake left a crack on his floor, plowed through his basement and ripped open the grave of his child in the yard, he added.

In another house, the crack left by the quake also opened his brother’s grave.

“I just covered my child’s grave with the fallen galvanized iron roof because we were already asked to leave,” he said.

“Niulbo hasta mga lubong (It (The quake) hurled us upwards, including the graves,” said Iligan Leo, 62, who was a watching television show when he felt the shaking.

He said he heard a crushing sound and saw a neighbor’s house collapse.

“It was a force so strong it hurled us upward,” Leo said in Cebuano. “Several graves were opened.”

Experts said the vertical movement that villagers felt during the quake indicated that they were very near the quake’s epicenter.

Jeffrey Perez, supervising science research specialist of the Philippine Institute of Volcanology and Seismology (Phivolcs) said the vertical movement (that people felt during the quake) only confirmed the proximity of the town’s boundary village to the epicenter, earlier traced kilometers southeast of Tulunan, Cotabato.

“When people experience the vertical movement, it only indicates that they are closer to the epicenter,” Perez said in a chance interview with the Inquirer on Sunday.

“The nearer you are to the epicenter, the more intense the ground shaking would be felt. It only confirms that the earthquake was felt at Intensity 7 in Magsaysay town,” said Perez, who was part of the Phivolcs’ quick response team sent here to check the damage of the quake and to explain the phenomenon of the quake to the people.

He said Magsaysay, which shares a boundary with Tulunan and Makilala towns of Cotabato province, were among those hardest hit by the quake because of its proximity to the epicenter.

The Phivolcs’ quick response team was here to assess the impact of the quake, check if the geohazard maps issued by Phivolcs had been accurate, and to help the local government allay fears about the quake.

Leo and Attic were among the 70 people ordered evacuated from Labidangan after the discovery of large fissures on the ground there.

“In the future, these tension cracks may become the initiation area for possible landslide,” Perez said.

Leo, who evacuated to the center of Upper Bala, said the series of aftershocks and the threats of rain prompted them to heed the government warning to leave Labidangan./lzb