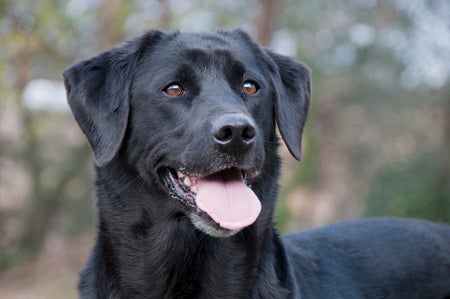 A 6-year-old black Labrador became an unlikely hero after warning its owners—a family of four—that their house was on fire, giving them enough time to escape.

A house in California, USA, caught fire around midnight last Oct. 21 while the dog Maggie’s family was asleep inside, as per the Vacaville Police Department’s post on Facebook on the same day.

As the dog started to notice the flames, she began to make “as much noise as she could by running, barking and growling.”

A dog is a man’s best friend. This held true last night when a family of four was woken up by their furry companion as their house caught on fire!!!There are many ways to describe Maggie. The loving, playful, energetic, wonderful and center of attention six years-old black lab. But now, you can add lifesaver to the list. Shortly after midnight, members from the the Vacaville dispatch center received several 9-1-1 calls about a house fire on Kinsale Court. With officers and firefighters responding from all around the city to help, little did we know the true hero was fast at work, Maggie. With Maggie’s family fast asleep, an orange glow and smoke emerged on the side yard of the house. In an attempt to alert her family of the nearby danger, Maggie began making as much noise as she could by running, barking and growling. With Maggie’s rambunctious behavior, Maggie’s mom awoke. By this time, the heat was so strong, the sound of a cracking window rang through the house. With the heat and smoke from the flames drawing near, Maggie was able to wake mom up and helped get the rest of her family to safely. This incident is still under investigation but at this point, it appears to have been an accident and not an arson. As many people know, our pets become part of our families and sometimes, the do some of the most remarkable things. Maggie, from the Vacaville Police Department, we want to say thank you!!

Thanks to the dog’s efforts, the family’s mother, who was unidentified in the post, woke up and felt the heat coming from the fire. The police also noted that “the sound of a cracking window rang through the house.”

The mother, with Maggie, then helped get the rest of her family outside of the home before the situation got worse.

Meanwhile, authorities arrived on the scene moments after responding to 911 emergency calls about the burning house from neighbors.

After investigation, police believe that the fire was simply an accident and dismissed arson as a possible reason for the tragedy.  / ra

Read Next
‘You are my sunshine’: Rene honors, bids goodbye to friend Nene
EDITORS' PICK
Hong Kong to further tighten COVID-19 travel restrictions
USAID Opportunity 2.0 calls for applicants for grants for out-of-school youth engagement
Work-From-Home is here to stay and requires reliable logistics
Only 4,393 new COVID cases logged due to low number of tests
DOTr to defend proposal to increase passenger capacity in public transport
Legarda emphasizes role of ICC/IPs in nation building this IP month
MOST READ
Bongbong says PH should modernize infrastructure to become Asia’s next logistics hub
Robredo to supporters: ‘Pink’ must also be experienced, help others
Isko to critics after remarks vs Robredo: I’m sorry, this isn’t about Mr. Congeniality
Senate panel approves Filipino citizenship of Elizabeth Zobel de Ayala
Don't miss out on the latest news and information.