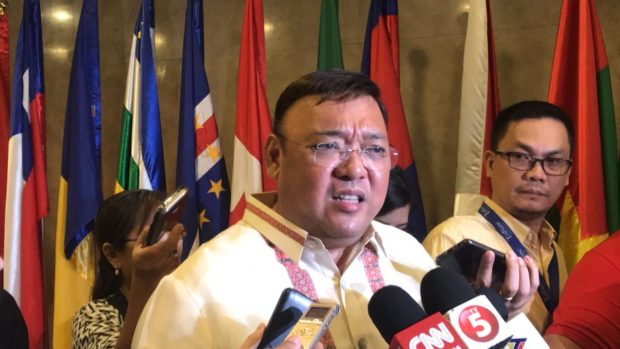 MANILA, Philippines — Lawyer Harry Roque on Tuesday said he was working on fresh cases against officials of Philippine Health Insurance Corp. (PhilHealth), but the state health insurer had refused to provide documents that would serve as evidence, derailing the accountability process.

PhilHealth, however, maintained that it had been more than cooperative to agencies that had been looking into its operations, including the National Bureau of Investigation, providing them with “voluminous documents.”

As for Roque’s complaint, PhilHealth president Ricardo Morales said the former presidential spokesperson was “not entitled to the same privilege” because he was no longer working for the government.

“We agreed to have our lawyers go through [the] documents to ensure that data privacy is not violated,” Morales said. “Roque is private counsel, [hence] not entitled to the same privilege. Also have to seek board approval.”

Talking to reporters in Quezon City, Roque said he had sought assistance from the prosecutor general of the Department of Justice (DOJ) in filing cases of malversation of public funds and dereliction of duty against PhilHealth officials involving fictitious dialysis services and fake receipts issued to workers, among other irregularities.

But the PhilHealth legal department, he said, had refused to allow the release of documents that could be used in filing the cases, invoking the Data Privacy Act.

“The Data Privacy Act should not be used to conceal the truth from the public, especially when a crime of corruption [involving public funds] has been committed,” Roque said.

He said he met with President Rodrigo Duterte on Friday to discuss corruption in PhilHealth.

The President, he said, ordered the Presidential Management Staff to work with the DOJ and Morales on the cases.

Roque also said he met with Morales on Monday night and that the new PhilHealth president assured him that the company would provide documents so that appropriate charges could be filed [against erring officials] of the state health insurer.

He said estafa was the wrong case to file against the officials.

“This is not about individuals swindling money from a private company. We are talking about private funds,” Roque said.

Roque is the lawyer for Edwin Roberto and Liezel Santos, former workers at WellMed Dialysis Center who blew the whistle on the company’s alleged fictitious dialysis services paid for by PhilHealth.

Roberto and Santos were arrested on Oct. 3 and spent four days in jail in connection with estafa charges that the NBI had filed against them and Bryan Christopher Sy, owner of WellMed.

Roque called on Congress to pass a whistleblower law that would provide absolute immunity for informants.

The government brought charges against officers of WellMed after the Inquirer published in June a series of reports about fraud and corruption in PhilHealth that had cost the company P154 billion since 2013.

The President ordered the entire PhilHealth board to resign after the discovery of the irregularities.

Earlier this month, PhilHealth said it was “continuously cooperating” with the NBI and the Presidential Anti-Crime Commission (PACC) “to ferret out the truth” about alleged fraud in the company.

In the case of WellMed, it noted that 32 cases had been filed against its senior officers and employees.

“PhilHealth constantly provides the NBI and PACC with relevant information and documents that they require in recognition of their authority and mandate to conduct investigations [into] allegations of corruption and fraud,” said Shirley Domingo, spokesperson for PhilHealth.