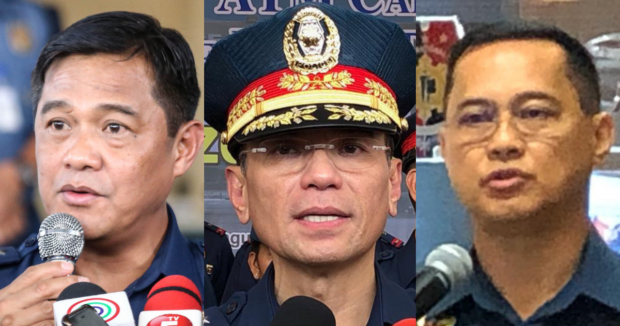 MANILA, Philippines — The Department of the Interior and Local Government (DILG) said Tuesday that the Philippine National Police (PNP) needs a “healing” chief as the police organization was recently scarred by allegations of drug recycling scandal involving policemen.

Jonathan Malaya, DILG spokesperson and undersecretary for Plans, Public Affairs, and Communication, said this should be one of the qualities of the 23rd chief of the PNP, as Interior Secretary Eduardo Año officially recommended to President Rodrigo Duterte three names to lead the 190,000-strong PNP.

The police officials endorsed by Año, also the chairman of the National Police Commission, to the President are Lt. Gen. Archie Gamboa, currently the officer-in-charge of the PNP; Lt. Gen. Camilo Cascolan, deputy chief for operations; and Maj. Gen. Guillermo Eleazar, former director of the National Capital Region Police Office now chief of the directorial staff.

READ: Año endorses 3 names to Duterte for next PNP chief

“The basis [on why they were chosen] was their integrity, their track record, because what we need, I think, moving forward is siguro parang [maybe like] a healing chief PNP, coming from what happened,” Malaya said in a press briefing.

“We need someone who will be able to redirect the organization to its original intent and mandate. Parang nalihis kasi tayo ng konti [It seems we somehow deviated from that] because of the problems besetting the organization,” he added.

A change-of-command ceremony for the next PNP chief was originally scheduled on October 29, but was postponed. The updated schedule has not been announced as of posting time.

Malaya said the date for the ceremony might have been moved since President Rodrigo Duterte still had not decided who will be the next PNP chief. /jpv