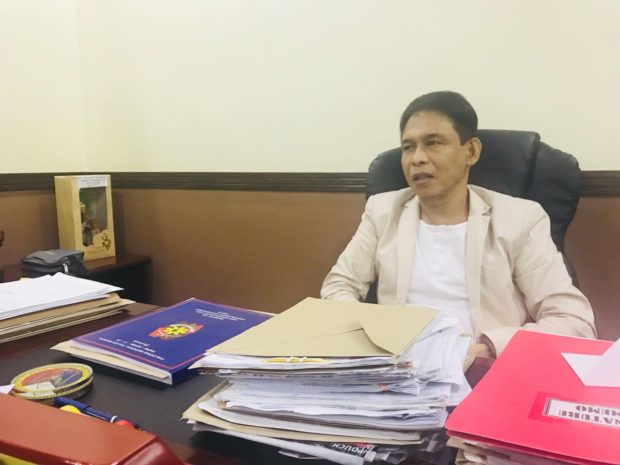 MANILA, Philippines — Philippine National Police – Internal Affairs Service (PNP-IAS) Director Alfegar Triambulo on Tuesday maintained that his office recommended the dismissal, and suspension of a police officer allegedly involved in the questionable anti-drug operation in Antipolo City in May this year.

His statement was in response to PNP Officer-in-Charge Lt. Gen. Archie Gamboa’s claim that the IAS only recommended the suspension of Lt. Joven de Guzman, who was the team leader of the operation.

The six other police officers involved in the questionable operation were recommended for dismissal.

Gamboa earlier said that he had ordered the IAS to review its recommendation to only suspend De Guzman.

Triambulo also said Gamboa, who decided on the fate of the erring police officers, may have ordered the suspension of De Guzman because he was only charged with command responsibility.

“Nakalimutan lang siguro niya ‘yung mga basic principles ng ruling ng Supreme Court na hindi mahalaga ‘yung designation ng offense sa charge. Ang mahalaga ay ‘yung kanyang irregular at illegal acts ay nakapaloob doon sa body of complaint (He must have forgotten some of the basic principles of a SC ruling that the designation of an offense is not important in the charge. What’s important it the offense is included in the body of the complaint),” he said in an interview on ABS CBN News Channel.

He explained that even though De Guzman was only charged with command responsibility, it was noted in the complaint that he had direct participation in the Antipolo buy-bust operation, therefore the IAS’ recommendation for his dismissal.

“So lumabas sa pagtapos ng paglilitis na mayroong conspiracy, so the act of one is the act of all kaya we recommend na i-dismiss pati si Joven de Guzman (It was found out that there was conspiracy so we recommend that De Guzman be dismissed as well),” the IAS official said.

De Guzman is also one of the 13 police officers accused of recycling seized illegal drugs and other irregularities during a drug raid in Mexico, Pampanga, in 2013./gsg