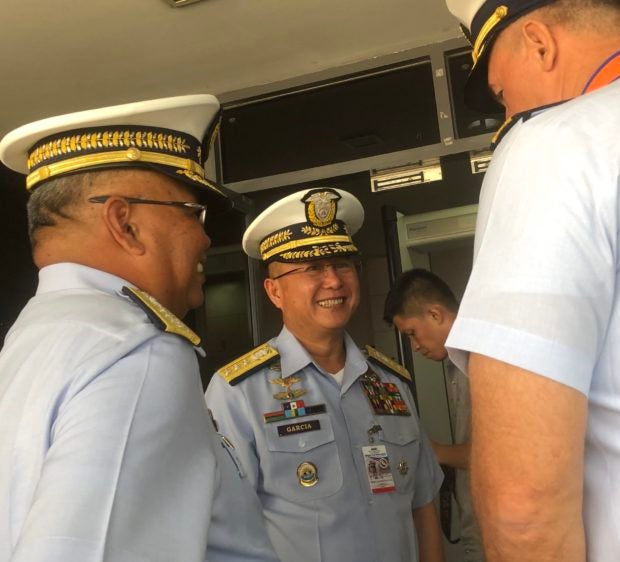 Vice Admiral Joel Garcia (center) has been appointed as the next commandant of the Philippine Coast Guard. FRANCES MANGOSING / Inquirer.net

Garcia, the incumbent deputy commandant for administration and executive director of the National Coast Watch Center, will replace Admiral Elson Hermogino, who is capping off his 38-year career.

The change of command ceremony will take place on Tuesday afternoon at the Bonifacio Naval Station in Taguig City.

Garcia, a graduate of Philippine Merchant Marine Academy Class of 1985, will have around seven months to lead the PCG until his mandatory retirement.

Garcia is also the current chairperson of the Regional Cooperation Agreement on Combating Piracy and Armed Robbery against Ships in Asia Governing Council based in Singapore. /gsg