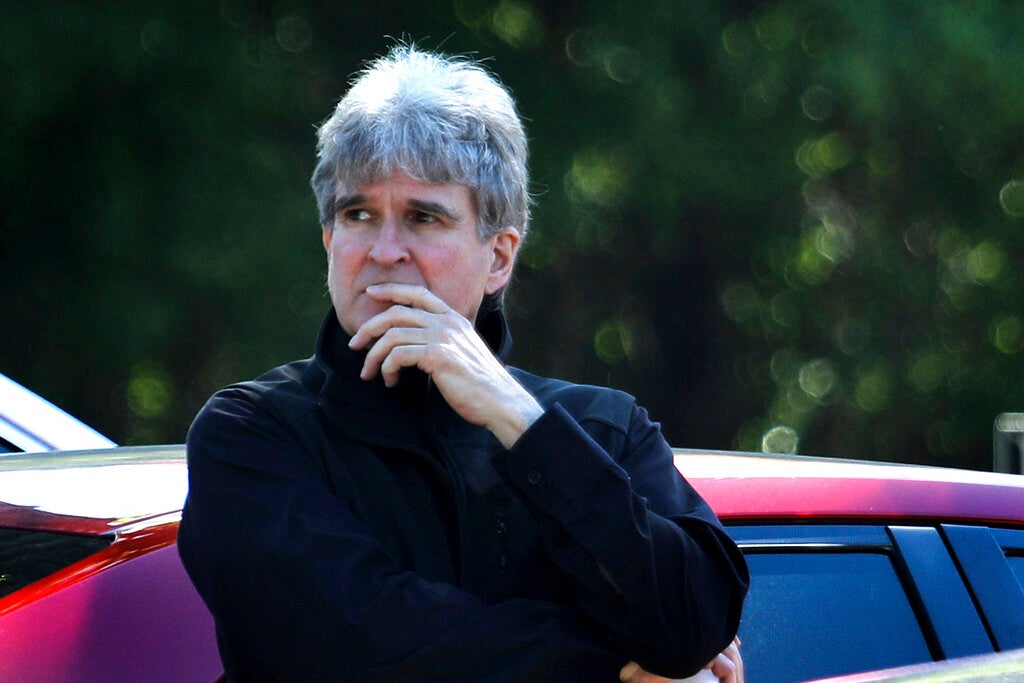 Monsignor Frank Rossi stands outside Our Lady of the Pines Catholic Church in Woodville, Texas. (AP)

HOUSTON — A Texas grand jury has declined to indict the onetime deputy to Cardinal Daniel DiNardo on charges he sexually assaulted a married woman in a case that raised questions about consent in the #MeToo era.

The Harris County District Attorney’s Office had presented the case against Monsignor Frank Rossi on Monday, more than a year after Laura Pontikes filed a criminal complaint with Houston police.

“A grand jury was presented all the evidence and determined that no criminal charges are warranted,” said Dane Schiller, spokesman for the Harris County District Attorney’s Office. “If new evidence is discovered at a later date, prosecutors have the option of presenting that evidence to another grand jury for consideration.”

Rossi was for years the vicar-general to DiNardo, the Catholic archbishop of Galveston-Houston and president of the U.S. bishops conference who has been leading the U.S. hierarchy’s response to the sexual abuse scandal.

The Associated Press in June reported that Pontikes, a Houston business executive, had alleged that Rossi manipulated her into a sexual relationship, all while acting as her spiritual adviser, hearing her confessions, soliciting six-figure donations and counseling her husband on their troubled marriage.

The archdiocese said at the time that Rossi’s relationship with Pontikes was inappropriate but consensual.

Under Texas law, it’s not a consensual relationship if a clergyman exploits the victim’s emotional dependency on him as a spiritual adviser.

Dan Cogdell, the attorney for Rossi, said he was pleased for Rossi “and for those legions of people that supported him that the inquiry is over and he can get on with his life.”

“There was never a crime,” Cogdell said. “I’m glad the right thing happened for a person who I believe to be a terrific person.”

The AP doesn’t usually identify people who say they are victims of sexual assault. Pontikes came forward publicly and provided AP with years of emails with Rossi in which she lamented her emotional dependency on him, and Rossi assured her that God had brought them together and that their “holy touches” were sanctioned.

The archdiocese of Galveston-Houston had defended DiNardo’s handling of the case and decision to let Rossi transfer to another diocese, in Beaumont, Texas, after undergoing counseling.

The diocese of Beaumont placed Rossi on temporary administrative leave in June pending the outcome of the police investigation. Neither the Galveston-Houston nor the Beaumont diocese responded to questions Monday about Rossi’s future status.

Texas is one of 13 U.S. states that criminalizes sex between clergy and parishioners, and researchers have published a wealth of academic literature on why such relationships aren’t necessarily consensual. Criminal indictments, however, are rare.

He questioned whether the prosecutor was unpersuasive, whether the defense was spectacular, or whether the jury didn’t understand “that what happened was abuse and (was) not able to name it as abuse.”

“I think it is a sad day because if what happened there didn’t bring an indictment, I don’t know what would,” Pooler said in an email.

In a 2000 online article, “Why it’s not an affair,” another expert on abuse, the Rev. Patricia Liberty, said “authentic consent” to sex must involve equal power.

She noted that clergy have more power because of the “moral and spiritual authority of the office of pastor,” as well as a psychological upper hand if the parishioner has sought counseling in a moment of distress.

“This precludes the possibility of meaningful consent between a congregant and their pastor,” she wrote.

The Catholic hierarchy — which is already trying to stem the loss of credibility over the scandal of priests raping children — has long sought to paint priest-parishioner relationships as consensual and blamed the woman for tempting the priest.

Recent scandals involving priests and bishops sexually abusing adult seminarians and nuns, however, have underscored that such cases often involve abuses of power and conscience, as well as sexual abuse.