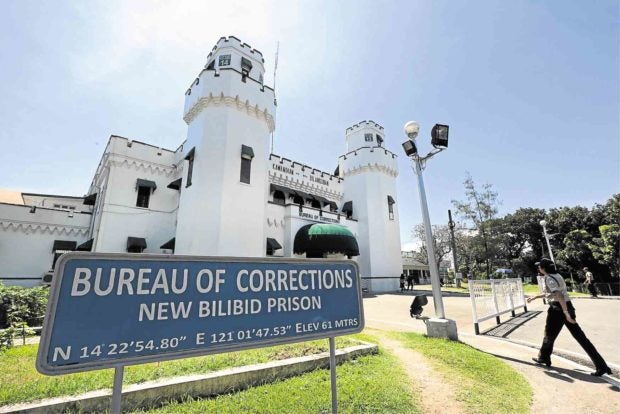 WATCHING THE WATCHERS The policemen assigned at the New Bilibid Prison are under close monitoring after two of them tried to bring banned items into the compound. —GRIG C. MONTEGRANDE

MANILA, Philippine — The Philippine National Police said on Sunday that it would keep a close eye on the policemen assigned at the New Bilibid Prison (NBP) after two of them were reportedly caught trying to sneak liquor and tobacco into the national penitentiary.

“The public can trust that we will not tolerate this illegal activity,” he stressed.

“This is saddening but we will not stop. This is a continuing challenge for us to reform the organization. Our reforms will continue until we instill discipline in our personnel,” he added.

While conceding that there were still some rogue members in the PNP, Banac assured the public that efforts to cleanse their ranks would continue until the scalawags were weeded out of the service. “They have no place in the PNP,” he said.

Over the weekend, Maj. Alberto Tapiru, the Bureau of Corrections (BuCor) spokesperson, reported that tobacco and alcohol hidden in bottles of iced tea had been seized from two NCRPO-SWAT personnel.

Tapiru claimed that the contraband were intended for an inmate although both policemen did not identify him.

According to Banac, there were 9,172 police personnel facing administrative cases ranging from tardiness and absenteeism to grave misconduct.

Around 2,800 have so far been dismissed from the service for their involvement in crimes or for going AWOL (absent without leave).

Some 500 NCRPO personnel had been deployed to the NBP after newly installed BuCor director general Gerald Bantag relieved over 300 correction officers to undergo retraining.

Despite the “purge,” the smuggling of contraband into the NBP has continued. Only last week, guards found drugs and SIM cards in the food a visitor was taking to an inmate at the maximum security compound.