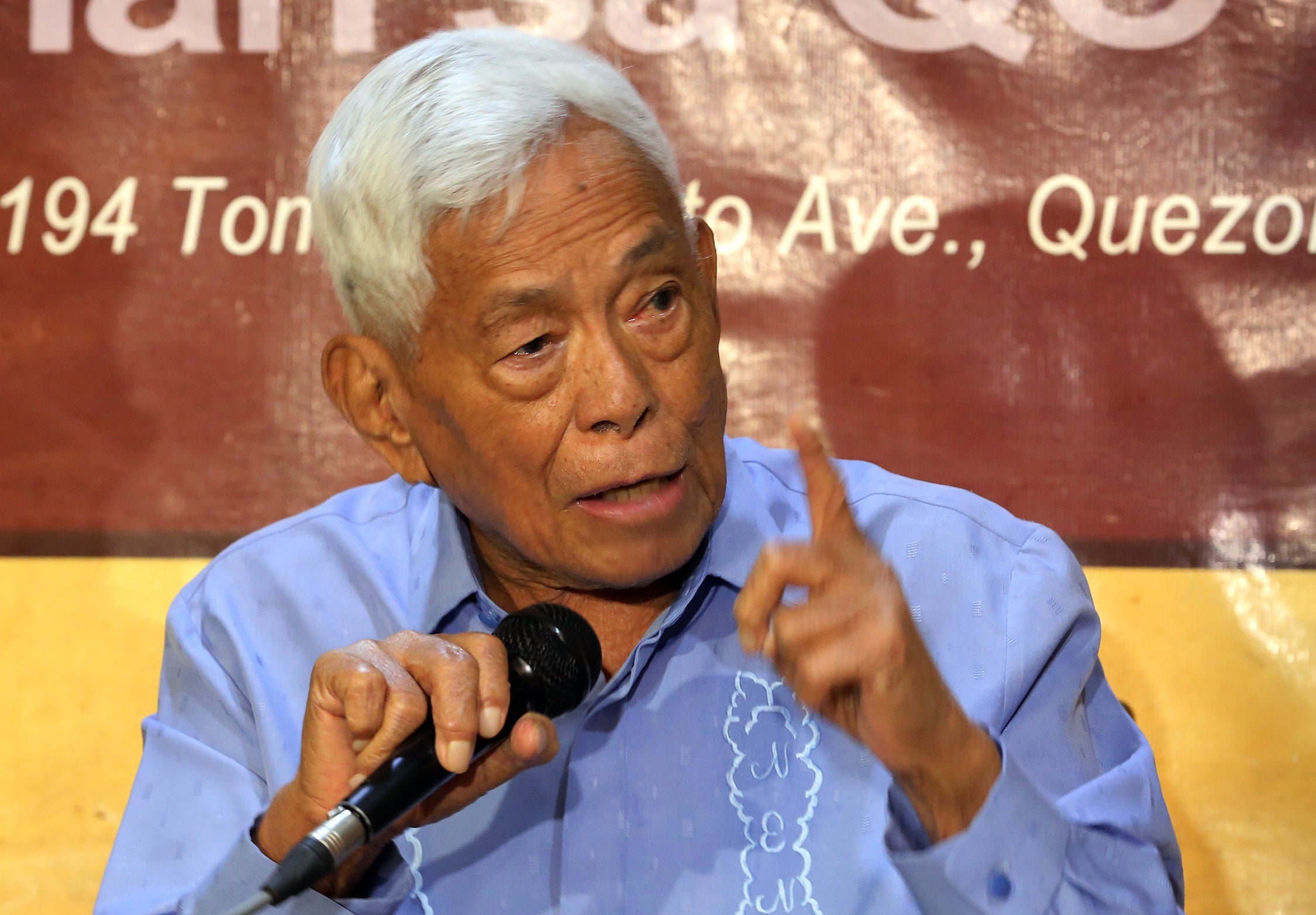 “Our beloved Tatay Nene has joined his Creator at 5 a.m. today, Oct. 20, 2019. We thank all those who have been a part of his life. We ask for prayers for the repose of Tatay Nene’s soul,” his son Senator Koko Pimentel said in a Twitter post.

“Our beloved Tatay Nene has joined his Creator at 5 am today Oct 20, 2019. We thank all those who have been a part of his life. We ask for prayers for the repose of Tatay Nene’s soul. Thank you to all.” #SenatorKokoPimentel

The Pimentel patriarch’s death came less than a week after he was put in an intensive care unit (ICU) last October 14. He was 85 years old.

Although visibly ill, the older Pimentel continued to be a public figure to the end, speaking in conferences and granting media interviews to speak on his favorite topic, federalism.

The dream of a federal Philippines has been with Pimentel since he was mayor of Cagayan de Oro in the 1980s, wanting greater political powers to local governments to manage their own affairs.

The elder Pimentel, who hails from Cagayan de Oro, authored the Local Code of the Philippines, RA 7160, that granted greater powers to local governments.

Aside from his stint as Senate President, Nene Pimentel also served as majority leader and minority leader during his career in the Higher Chamber. /je