MANILA, Philippines — Don’t undermine the court system, Supreme Court Associate Justice Marvic Leonen on Saturday warned those who might be tempted to say that the high court, acting as the Presidential Electoral Tribunal (PET), was favoring one candidate over the other with its recent ruling on the poll protest filed by former Sen. Ferdinand “Bongbong” Marcos Jr. against Vice President Leni Robredo.

The court, he said, was merely exercising due process and wanted all parties to have their say in the case before the tribunal rules.

“You undermine the court system that you yourself want to avail of when you caricaturize its process simply because it did not act a certain way,” said Leonen during the fifth National Congress of the National Union of Peoples Congress, where he was keynote speaker.

On a vote of 11-2, the PET on Tuesday again deferred ruling on whether to dismiss or proceed with the Marcos poll protest. Instead, it required both parties to comment on the recount results within 20 days.

“Just because you are for due process of law does not mean that you are for one party,” said Leonen, one of 11 magistrates who voted in favor of deferring the ruling on the poll protest. He added that it might take the tribunal some time to reach a conclusion since “you would want … everyone to be able to argue [their] case first.” 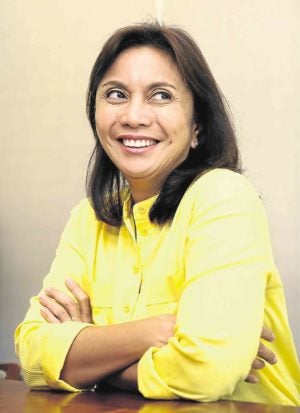 On Friday, the PET released its report which showed that the recount of votes in three pilot provinces chosen by Marcos had increased Robredo’s lead by 15,093 votes.

Robredo had earlier asked the tribunal not to change the rules midway through the game, saying that the PET’s own Rule 65 states that a protest should be dismissed outright if the recount showed no significant gain for the protesting party.

Lawyers for the Robredo and Marcos camps however have different interpretations of the over 15,000 additional votes that the Vice President gained in the tribunal’s revision and appreciation of ballots in Iloilo, Camarines Sur and Negros Oriental, the three pilot provinces that Marcos had chosen for recount.

For Robredo’s lawyer Ma. Bernadette Sardillo, the PET findings “only affirmed our consistent position that Vice President Robredo won in the three provinces fair and square, contrary to the accusations of losing candidate Ferdinand Marcos Jr.”

“Clearly, we won in May 2016 and we have proven our victory again in the recount. The Marcos camp should respect the decision of the Filipino people (instead of confusing) the public with misinformation and lies,” Sardillo said in a statement.

But Marcos spokesperson and lawyer Vic Rodriguez said the vote gain was “outrageous” and was the reason why the tribunal voted not to dismiss the Marcos protest outright. 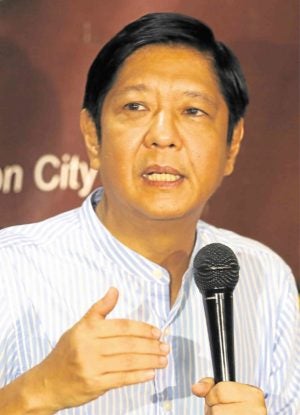 “[It’s] precisely why the majority of the tribunal by a very decisive 11-2 vote emphatically junked [the] minority opinion favoring Mrs. Leni Robredo [after] finding the figures presented before them to be outrageous and [so they] ordered the election protest to proceed with the parties to file their comment and memoranda,” Rodriguez said in a statement.

The Marcos lawyer also claimed that “leaked results” from the Robredo camp could indicate that someone from the tribunal offices was spying for the Vice President.

“It only confirmed our suspicion that Mrs. Robredo’s premature celebration and claim of another fake victory in the tribunal was a product of advance information she’s been receiving all along through a highly placed  ‘deep throat,’” he said, referring to the unidentified source of information that eventually exposed then US President Richard Nixon’s culpability in the Watergate scandal in the late ’70s.

The tribunal said it “will chart a way forward after the initial revision and recount, affording the parties the fullest opportunity to make their case consistent with due process of law … [The resolution] is not a finding for or against the protestant or the protestee.”

Among the queries that both sides must comment on is whether or not the revision and appreciation of votes in the three pilot provinces renders unnecessary Marcos’ other cause of action, which is to annul the election results for the position of Vice President in the provinces of Maguindanao, Lanao del Sur and Basilan.

The Marcos camp had alleged terrorism, intimidation and harassment of voters, as well as the alleged preshading of ballots in all of the 2,756 protested clustered precincts that functioned in the three provinces.

The PET also wanted to hear from both parties where the tribunal has the competence to resolve Marcos’ other claim; what the filing rules and requirements are that a party must observe if he or she seeks the relief of annulment of elections before the PET; the threshold of evidence required to prove failure or annulment of elections; and if evidence other than those listed by the parties during the preliminary conference may be considered.

Among other issues, the tribunal asked both parties,  should the court find basis for Marcos’ other cause, whether or not this would mean that the elections for all elective positions in the ballot should be nullified, and if this would mean a call for special elections for the position of Vice President. If so, who has the competence to call for such elections? the court asked.